"... He exceeded his limits and should be called to order" -DR Otchere fires Sammy gyamfi 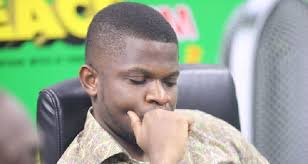 Sammy Gyamfi's Facebook post has drawn many attention and several personalities have shared their view on Sammy Gyamfi's post. His post has received a lot of critics and some supporters have also sided with his allegations.

Dr. Benjamin Otchere-Ankrah, a lecturer of the Central University in Accra has slammed the National Communications Officer of the National Democratic Congress (NDC), Sammy Gyamfi for 'attacking' the Speaker of Parliament, Alban Bagbin and different MPs.

In a post on his official Facebook wall, Sammy Gyamfi said: "“Comrades, the betrayal we have suffered in the hands of the Speaker of Parliament, Rt. Hon. Alban Bagbin, the leadership of our Parliamentary group, particularly Hon. Haruna Iddrissu and Hon. Muntaka Mubarak, and dozens of our own MPs, is what strengthens me to work hard for the great NDC to regain power"

“It’s about time we understood, that we don’t have any NDC Speaker of Parliament. No, we don’t! We have a Speaker who rode on the back of the NDC into Office to pursue his own parochial agenda and nothing more. You trust them, at your own peril” part of the post read.

Talking in a panel discussion on Neat FM Me Man Nti program, Dr Otchere-Ankrah denounced the NDC Communications Officer for Attacking the parliamentarians. 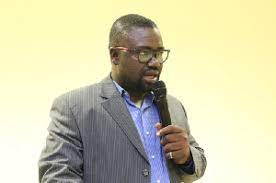 As per him, "It was not appropriate for him to address them as such particularly the Speaker. Is the gathering expected to direct to the MPs? In the event that that happens it implies we are not rehearsing appropriate majority rule government. It's not generally about the party. He exceeded his limits and should be called to order" he indicated.

Content created and supplied by: desmond211 (via Opera News )

If You Smell Cucumbers In Your House, Get Out Immediately. Here Is Why

Why Most Women Are Washing Their Face With Rice Water.

Health Titbit: Why You Should Avoid Drinking Water After Eating Water Melon

Check out pictures of MzVee spending some good time in Virginia.