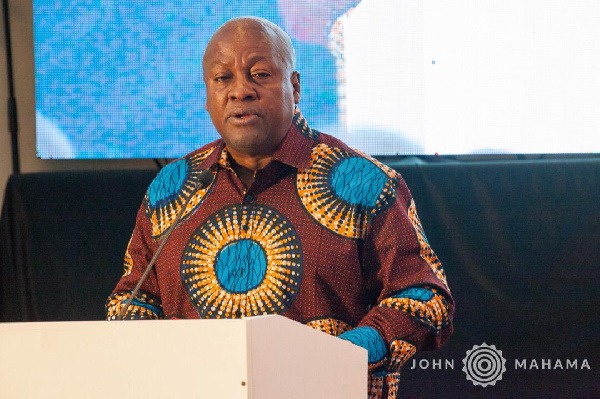 There is every reason for former President John Dramani Mahama to begin his campaign for the 2024 election. He is pretty much convinced that the National Democratic Congress (NDC) would elect him as their flagbearer once more to lead the party into victory. Many Ghanaians in the political space had concluded that is too early an announcement from John Mahama given that the party is yet to go for congress.

Yes, it is true but it is o different from the early campaign mounted by some prominent figures of the governing New Patriotic Party (NPP) such as Joe Ghartey, and the secretive campaign Dr. Bawumia and Alan Kyeremanten are all sponsoring, to secure their bid for the Presidential ticket.

The truth of the matter is that, John Mahama stands to be advantaged to capitalize on some political mess created by the Akufo-Addo government and the NPP now than to wait to create an impression in a later date. The party had practically lost its ‘fire’ since the defeat in the 2020 election petition, and it cannot risk being silent till the next date for their internal election.

But here comes the niche, a leaked document of the NDC’s blueprint of its 2021-2024 agenda is enough to motivate any person to trigger some subtle messages about their competence and interest to lead the party. The leaked document spells out dates and legal frameworks that informs some actions that needs to be taken before election 2024. 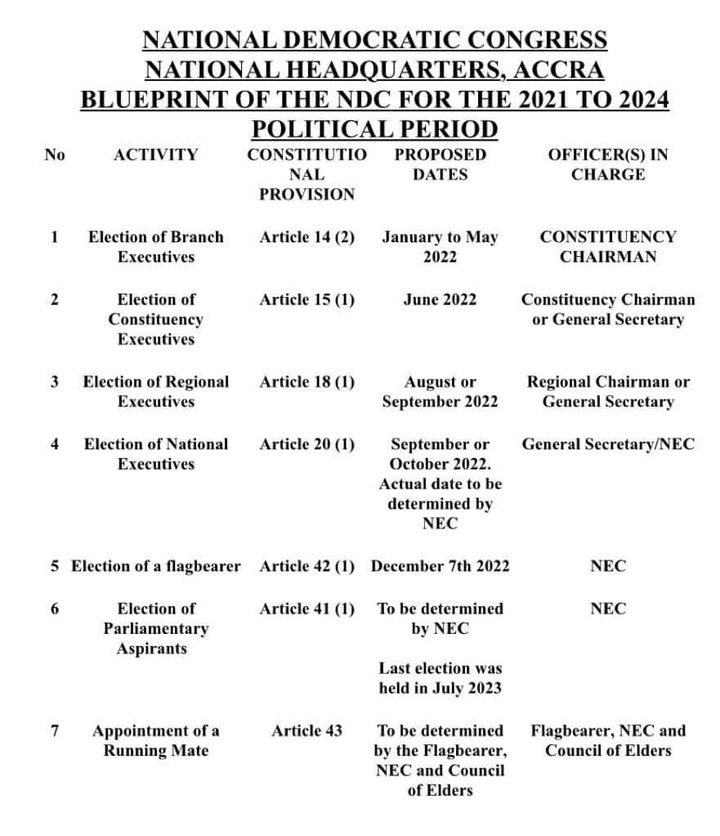 Though the subject that is fundamental to John Mahama is almost at the tail end, his interest to have an ‘army’ of party executives to support his bid is a good justification to announce his decision to contest 2024 election. It was the same move he took in 2019.

With reference to Article 14, 15, 18, 20, and 42 of the NDC’s Constitution, the respective executives and flagbearer election will be conducted within the scheduled dates. John Mahama could only secure his ticket if he could manage to get his loyalist into these portfolios.

The Revolution and Why Mahama Is Acting Quick

Just after the 2020 general election, some activist and leading members of the NDC started chanting for a revolution in the party’s leadership. This resulted in some suspension of people like Koku Anyindoho, Stephen Atubiga and other regional executives who dared challenge the authority of leadership.

The cadres of the NDC after the death of the Founder, Jerry John Rawlings, were all out demanding for a change to redeem the party from being sucked into a ‘wormhole’. Many concluded the two-time defeat of the NDC in the election was mainly because of the incompetence of its leadership. 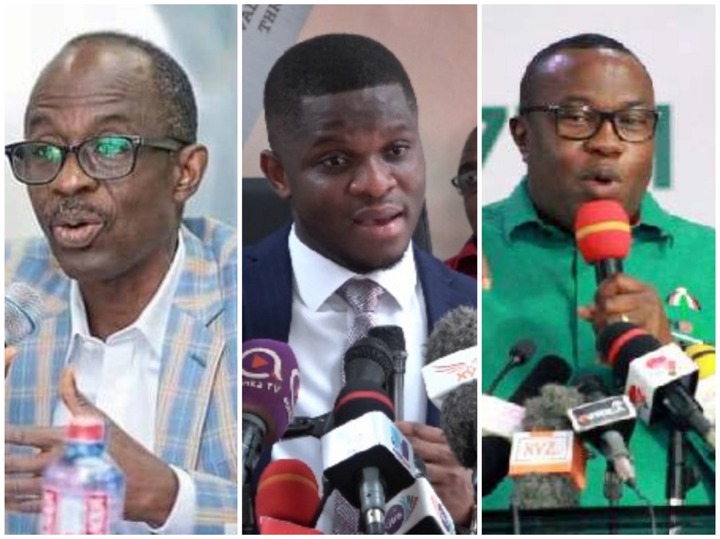 Some, including Dela Coffie, a mentee of late Rawlings, Koku Anyidoho concluded that the woes of the NDC was as a result of John Mahama. A few mentions were made of the General Secretary Asiedu Nketsiah, and the National Communications Officer, Sammy Gyamfi as contributing to the mess. The National Chairman, Samuel Ofosu Ampofo also was cropped into this.

These are all loyalist of John Mahama, and that for there to be any revolution in the party, there must be a grand grassroot mobilization against the Mahama forces. But who dares stand against him?