While The Cedi Is In Comatose, Bawumia Is Going Around Dancing ‘Buga’ – Sammy Gyamfi

Sammy Gyamfi for the past few days has been trending for a case of defamation leveled against him by Matthew Opoku Prempeh. Minister for Energy. Sammy though he lost in court has threatened to go for an appeal and has called all his critics to relax and watch him fight to the end. On Good Morning Ghana today, Thursday, October 20, 2022, Sammy Gyamfi lambasted Vice President Bawumia for his way of handling the economy.

According to Sammy Gyamfi the President Akufo-Addo needs to resign for leading the country into a ditch. He explained that it is appalling to hear Akufo-Addo say that he doesn’t care if people decide to vote for the NDC. He noted that with the appalling nature that the NPP have left Ghana it is only prudent that Akufo-Addo and Bawumia apologize to Ghanaians. He questioned why the Vice President is going around campaigning when he should be working to transform the economy as it is now. 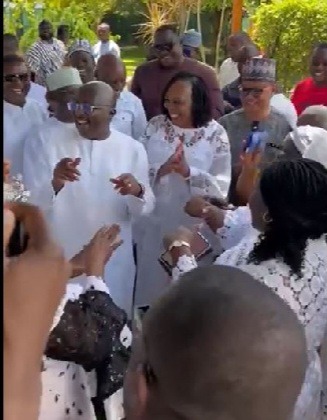 The NDC are gradually changing their focus from Akufo-Addo to Mahamudu Bawumia. This could be due to the fact that Akufo-Addo will end his term in 2024 and Bawumia might likely succeed and lead the NPP in 2024 against John Mahama. Well, many are asking where Bawumia is in the midst of all the economic turbulence.

It is unclear when the IMF bailout money will come. But many are pessimistic that it will change anything. It is argued that government need stop change certain policies if they want to see change. The President however insists that his ministers are performing excellently and there is no need to reshuffle or sack any ministers