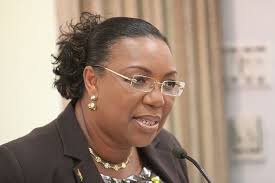 She called Dame's remarks at the most recent Bar Conference in Ho regrettable, undemocratic, and a betrayal of Ghanaians' demands for justice from the judicial branch of the government.

She also ordered the Judiciary to move away from their defensive position to criticize and instead strive toward appreciating public impression of their work and taking actions to enhance same in an interview on September 29 on Accra-based TV XYZ.

It is regrettable that a young attorney general, Godfred Dame, made such remarks regarding our former president. He was rude and highly distressing to me because I had previously held that position.

I pardon him because I'm a Christian, and it's a kind deed. IDEAS Exchange program host Eric Ahianyo was informed by Betty Mould.

She continued by stating that she served as chair of the National Democratic Congress attorneys meeting when Mahama expressed his criticisms of the court and that the majority of those there shared his opinion.

"I served as the conference's chair when John Mahama spoke. We all wholeheartedly concur with his observations on Ghanaians' perceived loss of faith in the judicial system."

She further warned Dame that even if she was the Attorney General and hence the Bar's head, no one had the right to use a gathering of the Ghana Bar Association to make such derogatory remarks.

Dame underlined that it was concerning that National Democratic Congress, NDC, attorneys had not called Mahama to order despite the fact that he had made the remarks at a party function in his remarks at the recently held Bar Conference in Ho.

"Non-lawyer Mahama made the remarks at a meeting of his party's legal committee; not a single lawyer raised a hand to refute the former president's inaccurate and hazardous lies. They helped spread misinformation about the courts by remaining silent, "Dame gave in.

He emphasized the necessity for attorneys to be the most vocal and forceful champions of an independent judiciary and, by extension, of the most important branch of government.

The fact that attorneys are being used as weapons to undermine the court, he continued, "I find that troubling because lawyers ought to be the loudest and fiercest advocates of the independence, integrity, and significance of the judiciary."

At a seminar in Ada, Mahama said that the people must always have faith in the court because that faith has a significant impact on the security of the state.

He attacked the present Chief Justice, saying that due to a growing lack of confidence in their work, it would need a new CJ to implement the necessary reforms in the judiciary.

The NPP has criticized his ideas as unnecessary and unjustified, while the NDC has steadfastly defended them.