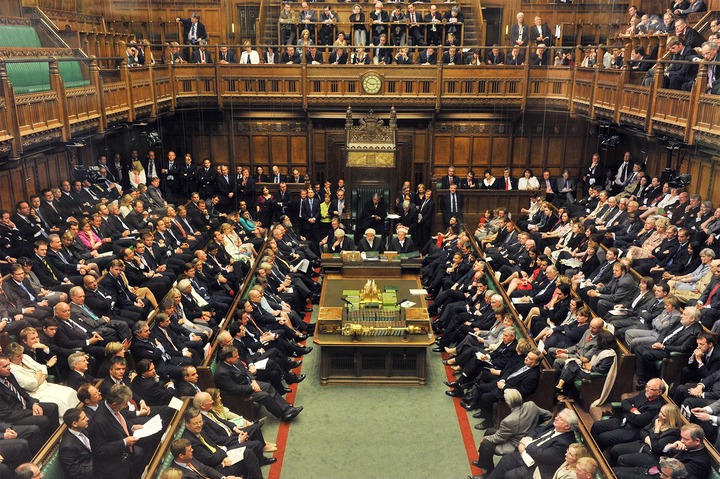 The world is indeed going through extreme times with more strange things happening around the world everyday.

Ghana's Gabby Otchere Darko in reacting to the incident said I have never seen such confusion in UK where over 50 MPs resign from Govt, forcing the PM to resign.

Most are forcing the Prime Minister to resign as early as possible but report says he want to hang on till October.

The question are Will he leave a depleted cabinet and go or stay on for those ministers to un-resign or he appoints new ones as we wait for weeks for a new leader to emerge??

Related news from UK said in a sign that Mr Johnson is determined to stay in post until the autumn, he is now in the process of appointing people to fill gaps in the Cabinet and the Government front bench.

Boris Johnson on the other hand is announcing a new Cabinet as he tries to cling onto power until October.

Another report noted that Greg Clark is the new Communities Secretary, James Cleverly has been made Education Secretary, Robert Buckland is the new Welsh Secretary and Kit Malthouse has been promoted to the role of Chancellor of the Duchy of Lancaster.

Mr Johnson will deliver an address to the nation this afternoon as he confirms he is standing down as leader of the Conservative Party.

A new Tory leader is expected to be in place by the time of the Conservative Party conference in October and the PM is aiming to stay in No 10 as a caretaker premier until his successor is selected. 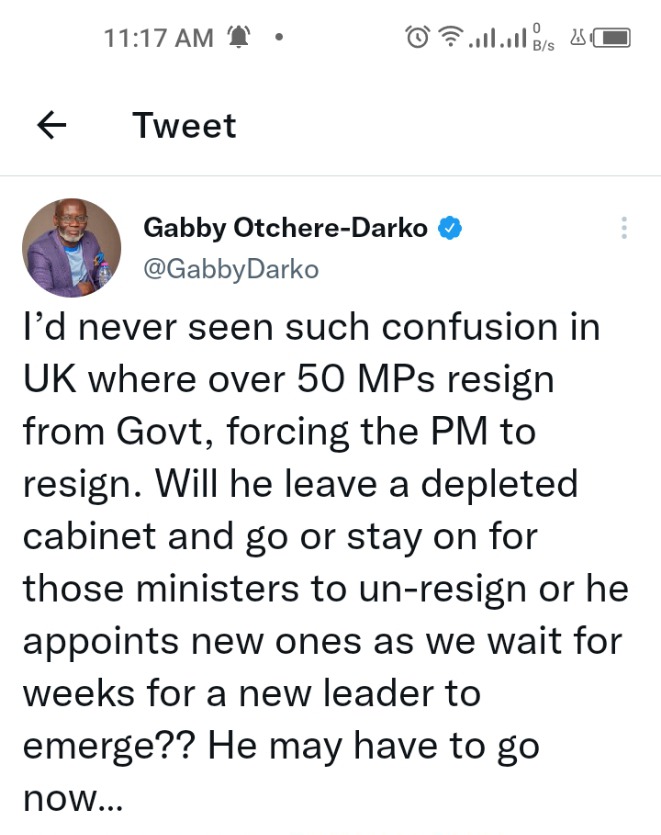