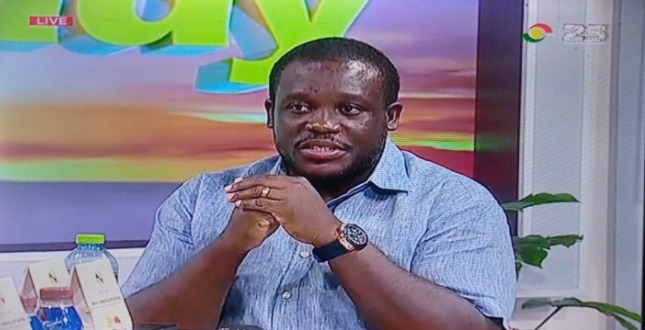 The Member of Parliament for the Ningo Prampram constituency, Samuel Nartey George, has jabbed President Akufo Addo and his government for their insatiable appetite for borrowing and luxury. According to him, it is foolish to go and borrow the monies that we already have.

Samuel Nartey George made this statement on the 'New Day'program on TV3 today, 27th June 2022, when he gave his opinion on the presidency's response to Okudzeto Ablakwa's allegations of the use of a private jet by President Akufo Addo in his recent travels.

According to Samuel Nartey George, if the government was borrowing monies that we don't have in Ghana, he would understand.

Samuel Nartey George revealed that the government is paying more than 30 million dollars for the marine drive project and also paying about another 40 million dollars for trade fair redevelopment. The designs of these four projects alone would have set up the Development Bank. Did we go and borrow monies for those?

"You are walking in India borrowing 12 million dollars to come and do agric projects, but you have over 100 million dollars to give to somebody for a design. So, it is the foolishness of being unable to appropriate the monies that you have rightly and you spend it wrongly, it is that lack of wisdom that is making us angry and leading us to righteous anger on a Monday morning to say to our president that if he doesn't care about the people of Ghana, the people of Ghana, we care about ourselves, and he cannot continue to use that which he holds in trust for us as though he is an Arabian Prince."

Samuel Nartey George added that President Akufo Addo should not compare himself to Arabian Princes and Knights because he is not one, and he doesn't look like one, so he should stop behaving like one.