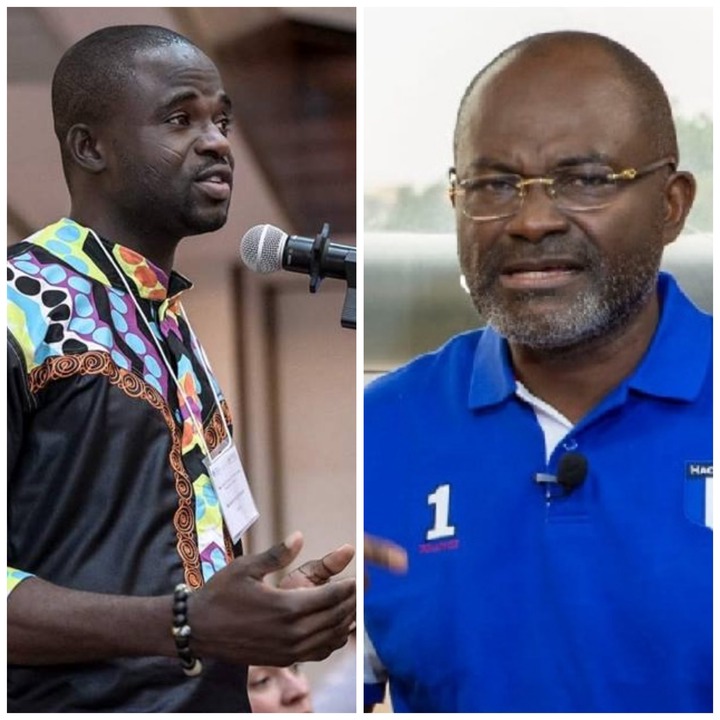 The Assin Central legislator, Kennedy Agyapong is likely to be slapped by another legal suit soon. Ace journalist, Manasseh Azure Awuni the complainant is threatening to sue the lawmaker for making false allegations against his person, when he commented on 'Contract for Sale' scandal involving the former CEO, Adjenim Boateng Adjei.

Manasseh noted in his Facebook post that he has instructed his lawyers to take immediate legal actions against Kennedy Agyapong and the platforms upon which the latter made those false claims.

He noted, that the lawmaker has been persistent without any justification, in making slanderous remarks about him.

"My lawyers advised that ignore him when he started the false publications. But it is obvious he has not and will not stop unless compelled by a court.

"I have therefore instructed my lawyers to sue him and the platforms he uses to publish the falsehood," Manasseh intimated.

Kennedy Agyapong said he had full proof of his claim and would make it public if Manasseh dares him.

But Manasseh explained that, Kennedy Agyapong is raising unsubstantiated allegations because of his exposé on the former PPA Boss, Mr. Agyenim Boateng and a dubious contract that the former's wife had with the Ministry of Energy.

"It is within his right to stand by Mr. A.B Adjei, who defended Kennedy Agyepong’s wife’s contract with the Ministry of Energy worth over 100 million cedis when questions were raised about the propriety of the contract.

"However, it is unacceptable to continue to lie blatantly when he knows that there’s no truth in his malicious and defamatory claims that I sought a bribe in the investigative report," he explained.

Appiatse Explosion: “I Couldn't Pick Anything, Government Should Come To Our Aid”- Residents