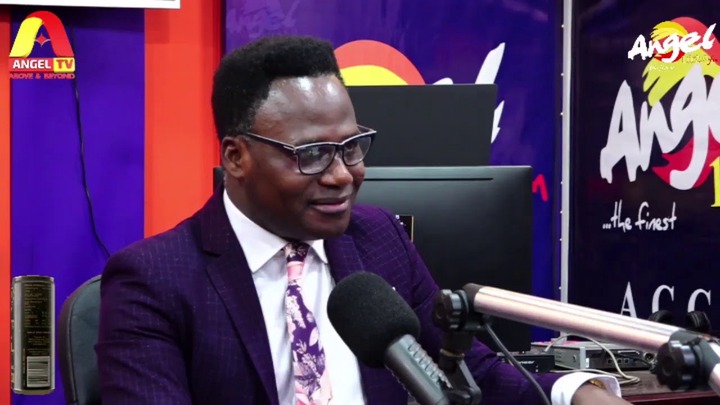 The Founder and Leader of Parliament Chapel International (PCI), Apostle Francis Amoako Attah, has released the Part Two of his prophesy over America and stated that, the President of the United States of America (USA), Donald Trump will overwhelmingly win for the second term as President.

Apostle Francis Amoako Attah who last week, delivered a Prophesy under a theme ‘America In Prophesy’ indicated that there is every indication that Donald Trump will win the elections and that any mistake the Americans will do not to vote for Trump will be the doom of America.

In another Prophesy, ‘America In Prophesy II,’ Apostle Francis Amoako Attah said, on September 30, 2020 when he was ending his fasting, he asked God why Donald Trump is hated so much by the people of America.

According to him, God revealed to him that Anything called by God and from God, the world who is ruled by the devil will hate it.

Taking a scripture from J John 15: 18 “If the world hates you, keep in mind that it hated me first,” he said it is indeed true that, people who hate God’s purpose will automatically reject and hate the one God chose to execute His mind and purpose.

He also pointed out that John 15:25 which states that, “But this is to fulfill what is written in their Law: They hated me without reason,” also establishes that Donald Trump is being hated for the fulfilment of the law.

He said: “As long as you are supporting the Kingdom mandate, people will hate you. Those who do not understand that will hate you. Look, many Americans are ten times better under Donald Trump than they were under the previous regimes yest they hate the man.”

He also read from Psalm 25: 19 – 20 “See how numerous are my enemies and how fiercely they hate me! Guard my life and rescue me; do not let me be put to shame, for I take refuge in you,” and explained that David was making a case to God to consider his enemies who hated him so much because of the fulfilment of the Scripture.

According to Apostle Francis Amoako Attah, Americans have waged a hate campaign against Donald Trump to the extent that even the US Media have decided to paint him black in the eyes of the people.

“Irrespective of all the things they are doing against Trump, God told me that, He has not yet finished with Trump. He is the only leader God is using to stop the evil plans of Bill Gates and the Mark of the Beast. Bill Gates kept quiet because he thinks Trump will lose and he will come back and execute his plans. The evil men who are against God and His purpose are aware that Trump will not allow them so they are doing everything possible to cause his defeat in the elections,”

However, he said “If Americans make the biggest mistake, the world will suffer so much in the hands of the evil ones,” and added that the US Media and others can continue to give Joe Biden whatever points they want, but Trump will still win.

He said: “If Americans vote him out, they will cause the hands of the evil ones to come upon the rest of men.”

Apostle Francis Amoako Attah also revealed that God said He has rejected Biden as President over the United States of America because, Presidency is never in Biden, “he has no capacity and calling to rule the world. Anyone who is President of USA is the ruler of the world and Biden is not called for that.”

He also mentioned that, God is so interested in America’s election because America is the modern Day Israel to the whole world, just as in the ancient days God blessed the world through Israel, God is blessing the world through America.”

He described Donald Trump as “politically in-qualified but only qualified by the mandate of God,” adding that “the foolishness of God is wiser than that of man.”

“God said Trump is the man of Jews and a man of Peace. Although his attitude and actions seem different, God considers him as a man of Peace who will save the world from the hands of the evil one.”

The Man of god also explained that Prophesy he received concerning the release of Donald Trump from the Hospital on 31st September, 2020.

He noted that the very day Trump left the Hospital, God said Trump’s going back to the White House is like David coming back home after defeating the Lion and the bear.

“Trump has defeated our modern-day Goliath which is COVID-19 and if Trump wins the coming election, which is definite, God is going to make him the greatest leader in the world; great and powerful because he was born to rule the world just as his name means.

He also explained that God did not choose Trump for America alone, but for the whole world and that the moment Trump left the hospital, God laid embargo on Biden’s campaign, saying that the choice of the Americans to choose between their Present and future and between evil and good lies in their hands for, the God of the Old Testament is the same God today and forever.

“Those who want to ridicule anything about the Kingdom of God will take things seriously. And watch this, when America succeeds, Ghana has succeeded, West Africa has succeeded.”

Apostle Francis Amoako Attah also revealed that even if majority of Americans decide not to vote for Donald Trump, the Hands of God will be so heavy that, “if God decided that he will not change what I said, two days to the US elections, Angels will come down and God will do everything and anything in America to ensure that evil does not take over.”