The Minister of Chieftaincy must wake up and actively play his role to resolve the current Bawku crisis. Why has he not pitched camp at the Nayiri's palace at Nalerigu for constant consultations? And why has he not been shuttling between Naleriigu, Bolgatanga and Bawku to mediate among the traditional rulers, the religious leaders, the Inter-Ethnic Peace Council and other stakeholders? 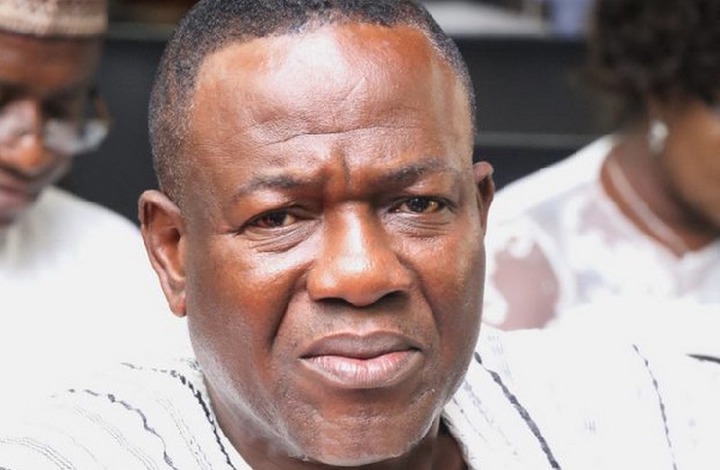 The Minister would need to dialogue with the Inter-Ethnic Peace Council whose members in their conclave surprisingly have entrenched positions on this Bawku crisis.

I am very certain that the Minister of Chieftaincy, the Upper East REGSEC and other Security Chiefs would be surprised by the entrenched positions of members of the Inter-Ethnic Peace Council. A lot of engagements need to be done for the Peace Council to tone down on their own entrenched divisive positions.

I noted the good initiative by the Ministers of Chieftaincy, Defence and Interior to visit the Nayiri at Nalerigu on 22nd November, 2021.

Flowing from that traditional consultation, it was expected that the Minister of Chieftaincy would pitch camp in Nalerigu and continue to engage in shuttle diplomacy between the Nayiri and the stakeholders on the ground in Bawku and its environs, as well as with the Upper East REGSEC.

Fortunately, the Minister of Chieftaincy has already exhibited skills in the processes of resolving some chieftaincy disputes elsewhere. For example, in his own backyard in Ahanta West where he is a Member of Parliament, he has received good reviews for his role in mobilising to resolving the internecine, fratricidal dispute between the Paramount Chiefs of Lower and Upper Dixcove.

It was expected that he would bring his skills to bear on the current Bawku dispute.

Maintaining Security in Bawku and its environs

The Ministers of National Security, Interior, Defence and Upper East Region have marshalled resources and the force of state power to try to maintain security in Bawku and its environs.

Accordingly, I noted the efforts being put in by the Upper East Regional Police Chief, DCOP/Dr. Sayibu Gariba, and the Regional Army Commander, Lt. Col. Mintah-Agyemang, and other Regional Security Coordinators to keep a tight rein on security, concurrently in Bawku and its environs, and at Sapeliga and adjoining communities in the Bawku West District.

It is encouraging to note that snap check points are in place and the security personnel on duty are alert, and security patrols are in progress.

It is noteworthy that the Military and the Police have been responding to various shooting incidents in Bawku, especially in the Sabongari, Singnaba and Sagabo neighbourhoods. On 24th November, the Security Agencies had to contain Mamprusi groups' attempt to enter a Kusasi enclave of Sabongari amid firing of gunshots, and the Sabongari Kusasi Youth also returning fire.

On 25th November, there were reports that two young men, Yahaya Salifu and Awal Musah, were arrested at Signaba with one round live assault riffle (AK47) ammunition on them. Two other young men, Rahim Imoro and Haruna Rauf, were also arrested at the Sagabo area, close to the cemetary, with one AK 47 assault rifle and 17 AK 47 assault riffle ammunitions on them. There is a yet-to-be confirmed report of a young man, Hakim Abdul, who was found unconscious in an uncompleted building, and when a search was conducted on him, 12 live rounds of AK47 assault rifle ammunitions were found on him.The Police sought medical attention for him and upon regaining consciousness he was detained for further investigations.

The Security Agencies can play their part to secure life and property in Bawku and its environs. But, the bulk of the work to return to the status quo of relative peace and tranquility in the area rests on the shoulders of the Minister of Chieftaincy and Religious affairs.

It is common knowledge that at the root of the past and current fracas are historic ties to decades old chieftaincy, traditional and cultural differences among the Kusasis, Mamprusis and other associated ethnic groups.

Bawku which enjoyed peace the past decade started to feel the pulse of bloodshed and anarchy following sharp disagreements between Kusasis and Mamprusis. The flares of trouble were apparently lit when a USA- based renowned Professor, George Agbango (a Kusasi) granted an interview (available on YouTube) on the struggles of Kusasis.

The said interview prompted some Mamprusis to hold a press conference at Walewale with the heading “Bawku Has No Chief." Some Kusasis then released a statement in response.

On the 8th November, 2021 a group of traditional Damba dancers paid homage to the Bawku Chief, Naba Asigri Abugra Azoka II, at his palace acknowledging him as a son of the ancestral Naa Gbewaa and custodian of the Gbewaa Shrine in Pusiga. This move infuriated Mampurisis especially those in Bawku.

The Mamprusis said they do not recognize the legitimacy of the current chief of Bawku and would hold a funeral for the last Mamprusi Chief of Bawku whose reign ended in 1981. This would be in readiness for an enskinment process to be done in Nalerigu. They have threatened to disrupt this year’s annual Samanpiid Festival in December. The Kusasis have vowed to resist any of these threats no matter the cost.

Intervention of the Nayiri

As the Supreme ruler of Mamprugu, the revered Nayiri has influence and respect in the Bawku area.

It is noteworthy that following the consultative visits of the three Ministers of State to the Nayiri, some wise directions were reportedly given by the overlord of Mamprugu. It was expected that the Minister of Chieftaincy would run with those wise directions, continue with consultations with the Nayiri, and do a lot of leg work between Naleriigu and Bolgatanga where the Upper East REGSEC meets, and the Bawku/Pusiga enclaves.

The Security Agencies can play their part to protect lives and properties in Bawku. But for how long and at what cost?

I repeat: The Minister of Chieftaincy must wake up and actively play his part to resolve the Bawku dispute. After all, are the core values of the Ministry of Chieftaincy and Religious Affairs not advocacy of the sovereignty of traditional values, peaceful traditional co-existence, cultural diversity, tolerance and unity?