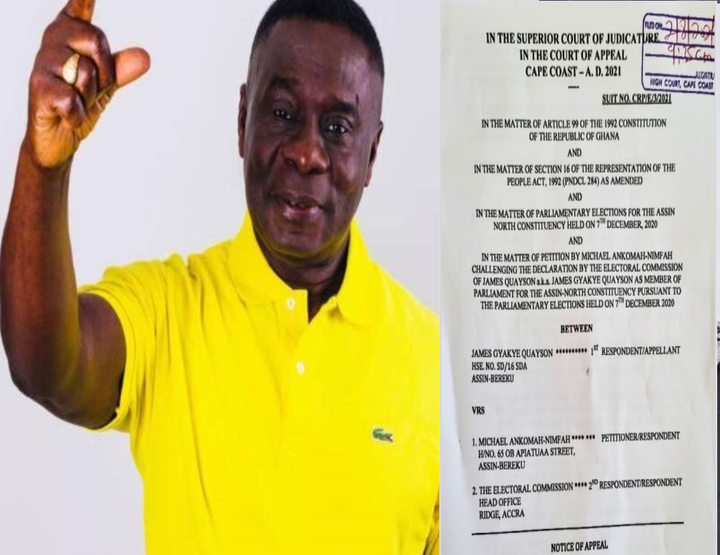 The embattled parliamentarian for Assin North, James Gyakye Quayson has filed a writ of appeal seeking the nullification of the judgment passed by the Cape Coast High court on 28 July 2021, which rendered his election in the December 7 2020 parliamentary elections void. The appeal filed at the Appeals Court today, and cited by Blind_Justice is demanding the court set aside the award of cost issued against the Appellant [James Gyakye Quayson] for the petitioner, Michael Ankomah-Nimafah.

Lawyers of the Appellant, argue that the Cape Coast High Court judge erred in pronouncing judgement against the MP, in so far as the court’s decision was per incuriam [lack of care] to Section 1 (2) of the Evidence Act 1975 (Act 323). They argue that the matter of dual citizenship [as the MP possessing a Canadian nationality] warrants that the Appellant provides for a justification of his renounced citizenship by virtue of provisions in Canadian law.

They argued strongly based on Section 20 (1) (d) of the PNDC Law 284 that “a piece of substantive legislation, fixes the material time of qualification as the time of election,” hence the ruling that the MP failed to secure his renounced Canadian citizenship before the election is void.

The lawyers continued with reference to other provisions in Regulation 8(1) of the Public Elections Regulations 2020 (C.I 127) to support their defense to the ruling. They also faulted the High Court for having overstepped its boundaries by ‘thwarting’ the Second Respondent; the Electoral Commission of Ghana, in qualifying the Appellant [James Gyakye Quayson] to contest an election in Ghana.

They furthered their argument against the High Court by stating that the court failed in its obligation to validate claims of the MP owing an allegiance to Canada, this they believe was a miscarriage of justice.

Counsel for Mr. James Gyakye Quayson noted in their writ that the High Court’s ruling that nullified the election for the Assin North constituency is not grounded in any law, hence their objection to the ruling. They added that the order for afresh election to be conducted in the constituency is also inappropriate as there are no legal basis for it.

Copies of the writ are attached below: 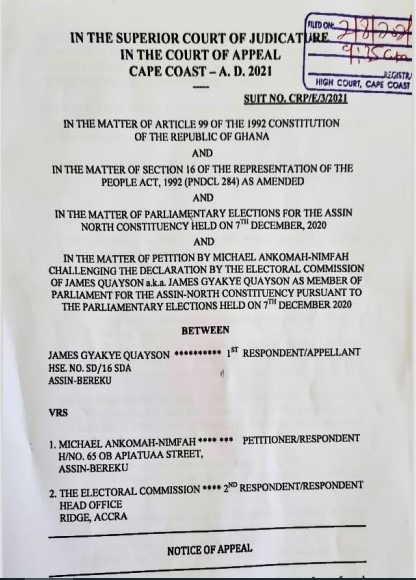 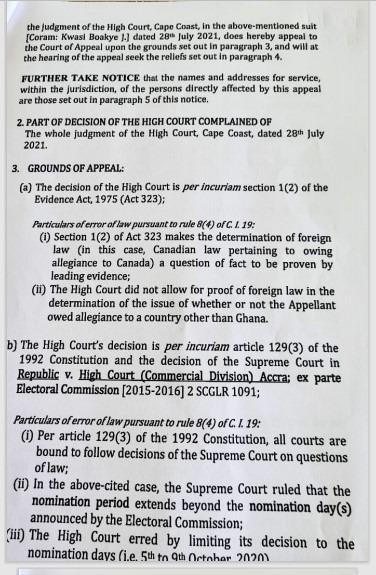 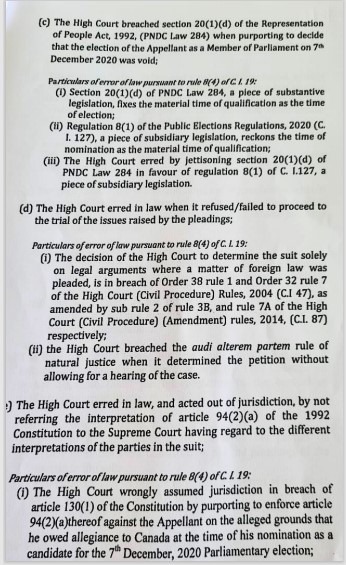 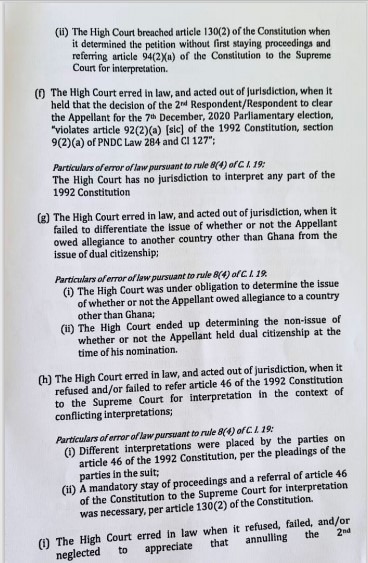 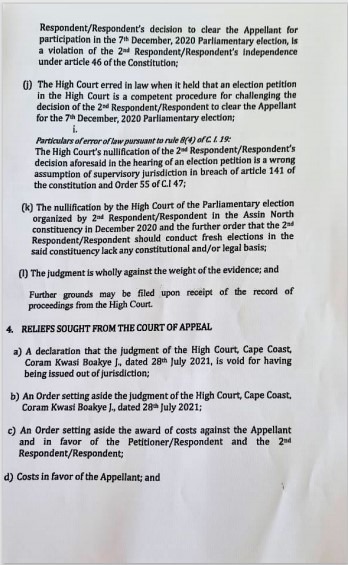 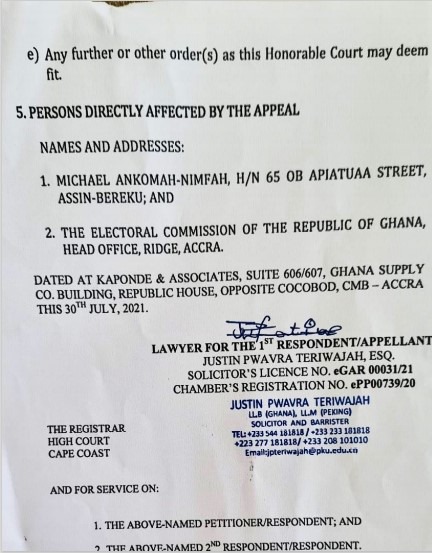