Disclose Your Position To Us; NPA Or MP- Tampuli Told

By GhNational_News (self meida writer) | 13 days

Concerned Petroleum and Gas Dealers Association are calling on the Chief Executive Officer of the National Petroleum Authority (NPA) Mr. Hassan Tampuli to come our clear to disclose his position as whether he is the NPA boss or MP. 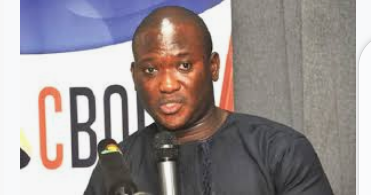 They made this following the NPA intentions of being the Member of Parliament for the Gushegu seat in the Northern Region which he sailed through.

The Chief Executive Officer of the National Petroleum Authority (NPA), Hassan Tampuli has annexed the Gushegu parliamentary seat in the Northern Region for the New Patriotic Party.

Mr. Tampuli polled a total vote of 30,401 against 28,055 votes by Mohammed Yussif Malimali of the National Democratic Congress (NDC).

Hassan Tampuli will be taking over from the NDC’s Kwesi Thomas Nassan who occupied the seat in 2016.

Speaking to one of the dealers, Mr. Ato kwamena on Yonkopa Dawuro, he told Nana Kwadwo Asempa that, Mr. Hassan Tampuli did not show any sign of resignation from the time he went for the Parliamentary primaries.

According to him, being an NPA boss is not an easy task and one needs a full concentration to perform such duty, but Mr. Tampuli has never shown up what his actual position is. "He should have brought hus resignation letter for someone to take over from him. Because there are other people in the office who can perform the duties as the NPA boss; Mrs. Esther Anku, deputy is even available for this position the government must appoint someone for us", he added.

He further said, per the laws of the land, when a CEO of an institution is going in for a new position, he or she is required to resign from the current office permanently, but the side of Mr. Tampuli is not like that.

We can say that, there is a conflict of interest somewhere which is making him difficult to resign permanently.

They are therefore calling on the government to either appoint a new CEO for the NPA office or face their actions, because the office is not a one-man's show.

It's Too Early To Start Your Flagbearership Campaign; Stop Bragging And Work- Man of God

Sad: NPP loses another great member of the party