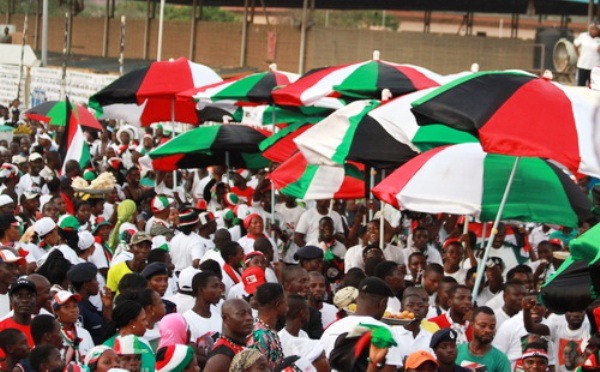 The National Democratic Congress (NDC) says it will hold a town-hall meeting in Kumasi on Monday, January 24, 2022.

The meeting which according to the party will be attended by the media and other relevant stakeholders, will raise issues about the controversial Electronic Transactions Levy, better known as the E-levy.

The meeting will take place a day before the resumption of the Parliament at the Great Hall of the Kwame Nkrumah University of Science and Technology (KNUST) at 1 PM.

“The general public is therefore encouraged to look forward to these riveting and constructive engagements which will be streamed live on several media platforms across the country”, the National Communications Officer of the NDC, Sammy Gyamfi announced in a statement he posted on Facebook.

The program is being organised under the auspices of the National Communications Bureau, the statement said.

The E-levy still hangs un-passed by the parliament following different opinions the minority and majority caucuses hold on the policy the Akufo-Addo led government intends to implement as a means of generating adequate revenue to develop the country.

The fate of the E-levy will be determined after the parliament recommences on January 25.

The National Democratic Congress (NDC) wishes to inform the general public that the party shall hold a Town-Hall meeting in the city of Kumasi on Monday, 24th January 2022.

The program which is being organised under the auspices of the National Communications Bureau will take place at the Great Hall, of the Kwame Nkrumah University of Science and Technology (KNUST) at 1 PM on the theme: “Dissecting Ghana’s ailing economy and the obnoxious E-levy policy”.

The program will be attended by the media and various stakeholder groups who will have an opportunity to share their thoughts on the theme for the event. The general public is therefore encouraged to look forward to these riveting and constructive engagements which will be streamed live on several media platforms across the country.