It will be difficult for Akufo Addo to dismiss Kweku Agyemang Manu: This is why.

By adizaawudu (self media writer) | 2 months ago

There are now overwhelming evidence against the Minister responsible for Health on his decision to procure the Sputnik V vaccines for Ghana. In fact, even Parliament, his own party folks, journalist like Kweku Baako and independent private legal practitioners have all come to a safe conclusion that, the minister acted in breach of all the available regulations governing his office.

There are more and more calls for him to be prosecuted on several counts of offences including but not limited to perjury and contempt of Parliament.

Take note that, even before this specific case of procurement breaches became topical, the Minister had already been battling with suspected corruption when it turned out that, the price of the vaccines were being purchased at an inflated rate of $19 per dose. Again, the excuse of being under pressure, so he could not think properly, have all turned out to be a bogus post-facto rationalisation.

Parliamentary probe into the matter, and the subsequent report issue to that effect, has nailed the coffin on the Minister. But, he still remains in office. Unscathed. 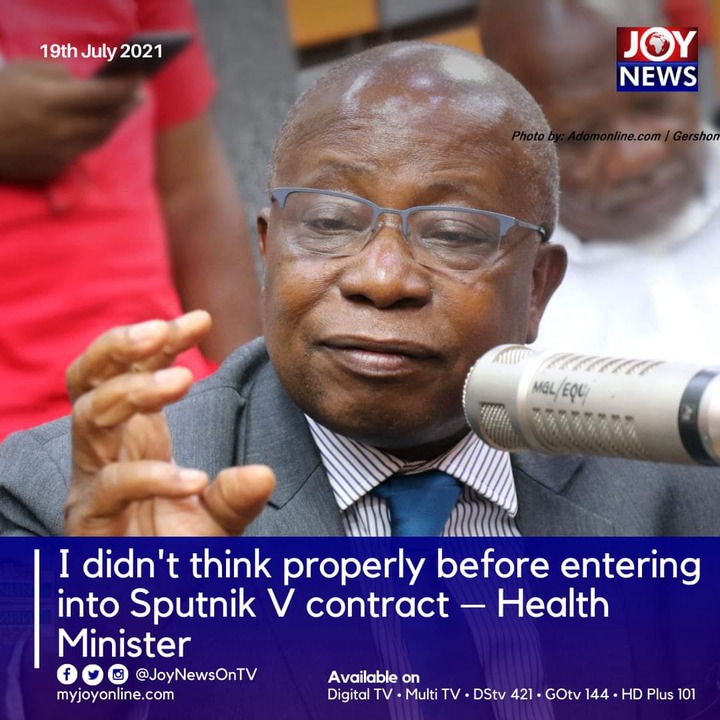 His direct employer, the President, is quiet and sounds indifferent. People wonder.

There is no action against the minister, there will probably never going to be a repercussion for this criminal acts by the minister, and even if there will be some semblance of punishment, history tells us, it will be a mitigated reprimand. But how so?

The answer is simple. The minister in all these did not act alone, and did not move things solely on his personal decision. The President is mute. The President's cousin, the finance minister is running around pleading on behalf of the minister because, they know they used the minister as a camouflage to drive this whole financial lost to the state themselves.

Few questions; how come the minister is not aware that monies have been advanced to the supplier in Dubai. Who did the payment? Whether the monster lied or not, the money was definitely transferred by the finance minister.

Bottom line, if the minister goes down, voluntarily or pushed, he will drag the President and the finance minister with him. At least, the facts available before us show it is a collaborative create, loot and share, through the participation of the highest office of the land. 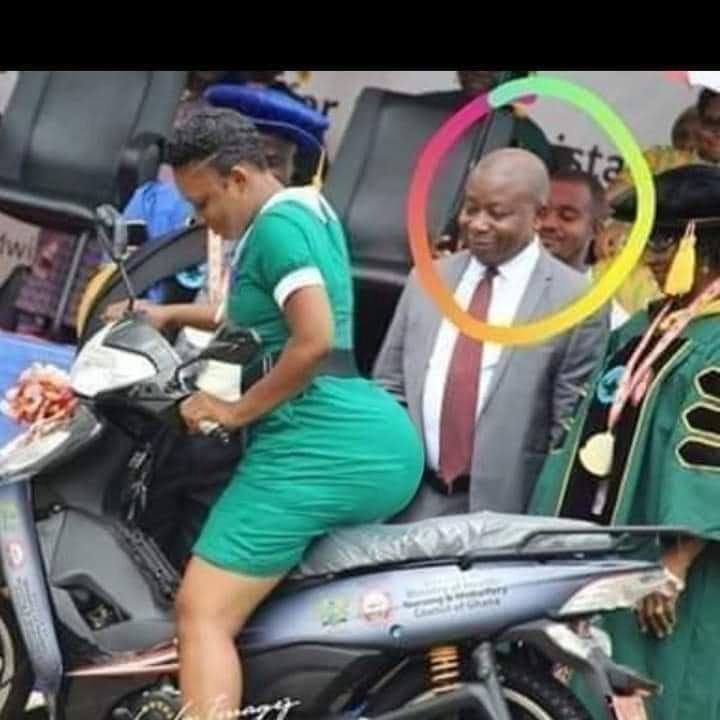 The only way this monumental embarrassment could go away quietly is if and only if Kweku Agyemang Manu decides to take the cross alone, thereby absorbing the President and the finance minister of any liability, and subsequently keeping mute. Otherwise, he shall remain in office despite all the calls on the conscience of himself to resign or for the President to sack him.

If You Want An Outfit That Can Help You To Conquer The Fashion World, See These Cord Lace Dresses