By The_One (self media writer) | 4 months ago

King Charles III of Great Britain has extended an official invitation to the Asantehene to attend the state burial of Queen Elizabeth II. 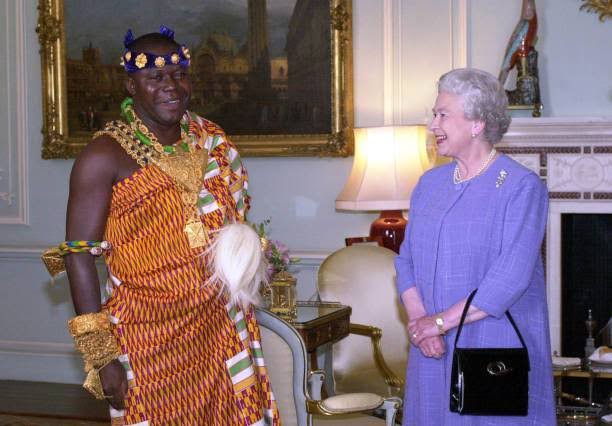 Otumfuo Osei Tutu II was invited to the lying-in-state of the late queen as well as the king's reception, state funeral service, and the foreign secretary's reception, according to the invitation that was delivered by the Protocol Directorate of the Foreign, Commonwealth and Development Office of the British government on behalf of the king.

It further stated that the Asantehene could bring his spouse or a companion to the state funeral, which is set for Monday, September 19, 2022.

Otumfuo will attend the queen's funeral together with President Nana Addo Dankwa Akufo-Addo, who was allegedly invited in his capacity as the head of state of Commonwealth member Ghana.

However, GhanaWeb is unable to independently confirm whether or not President Nana Addo Dankwa Akufo-Addo has accepted his offer.

All of the heads of state from the Commonwealth countries have also received invitations.

According to reports, Sheikh Hasina, the prime minister of Bangladesh, and Ranil Wickremesinghe, the president of Sri Lanka, have both accepted invites.

King Felipe and Queen Letizia of Spain, the royal families of Norway, Sweden, and Denmark, King Philippe and Queen Mathilde of Belgium, President Joe Biden of the United States of America, and First Lady Jill Biden have all indicated they will attend the state funeral.

View the invitation using the link below.