By SirObanji (self meida writer) | 28 days 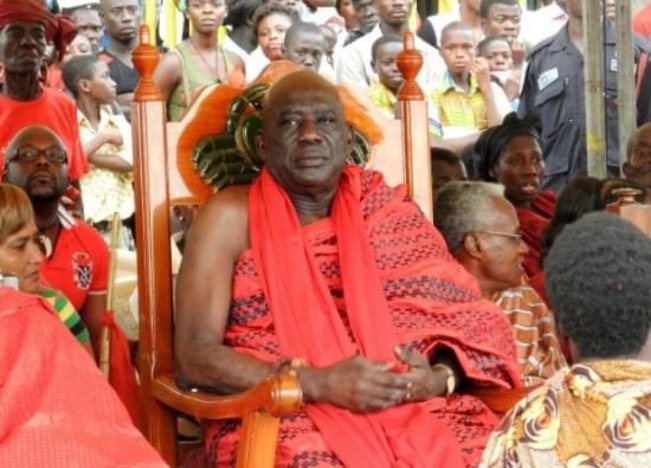 Joseph Kwamena Sekum Haizel had his elementary school at Government Boys’ School, Cape Coast till he finished in 1953 and continued to Adisadel College, Cape Coast from 1954 to 1958.

He enrolled at the School of Administration (Achimota) from 1960 to 1963 to pursue an Accountancy Professional course. He was awarded a governme 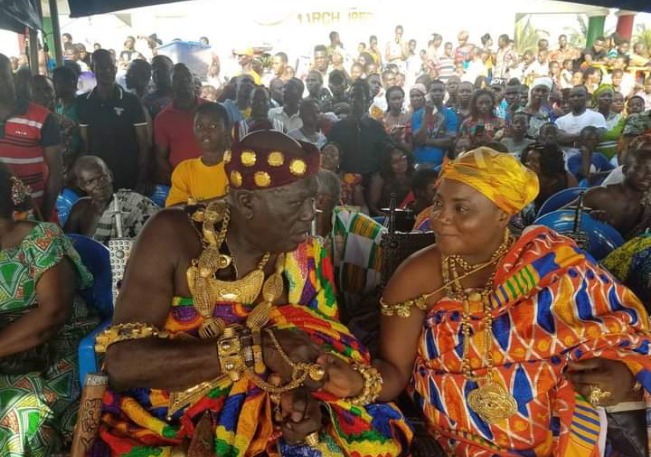 nt scholarship to the College of Commerce and Distribution in Glasgow(Scotland) from 1965- 1969 where he qualified as a Professional Accountant with the Association of Chartered Certified Accountants and became a member of Ghana Institute of Taxation.

He returned to Ghana in 1970 and worked at the Internal Revenue Service as an Investigating Accountant from 1970 to 1971. Also, he became a Senior Audit Manager at Deloitte and Touché (a firm of Professional Accountants) and later a partner to the firm from 1971 to 1983. He was the Chief Internal Auditor at Mankoadze Fisheries Limited later in 1983 to 1986. At Wayyss & Freytag (a German Civil Engineering and Construction Company), he was in charge of Administration from 1986-1988 and became the General Manager from then till 2001.

The Tufuhen and the Supis of the Seven Asafo companies selected Joseph Sekum Haizel as competent to occupy the Nana Birempong Cudjoe royal stool. His selection was approved by kingmakers of Oguaa Traditional Area.

After nomination, Joseph Kwamena Sekum Haizel was presented to the Oman Tufuhen by then Gyaasehen of Oguaa Traditional Area, Nana Kofi Ebu I (Ohen of Kakumdo) for other customary rites to be performed by Bentsir No. 1 Asafo Company.

The one-week confinement of the Omanhen-elect (Joseph Kwamena Sekum Haizel) took place at the ancestral buildings of Nana Birempong Cudjoe Ebiradzi Fikessim. As the saying goes: (He who the cap fits, tell him wear it – Anonymous), he was installed as the Paramount Chief of Oguaa Traditional Area on 17th July, 1998 and is the 9th Occupant to the Nana Birempong Cudjoe Royal stool.

Osabarimba is the first chief in the Oguaa Division or State. He alone is entitled to ride in a DENKE DENKE(palanquin borne by four) and have a three canopy state umbrellas over him.

Osabarimba is the Traditional, Political, Religious Head and social figure of the traditional area. All the divisional chiefs and sub-divisional chiefs are under him. In a procession, he always brings up the rear, the Apakanmfo being in front of him in order of seniority.

In an assembly or in-council, he is the central figure and the President of the Council. The next in command to Osabarimba is the Krontihen. He is called ‘Ohin -a -ose -Oman -ni-nan’ – (the chief that bears the feet of the state) whilst the Omanhen bears the Head. A sort of second ruler in the state.

Osabarimba Kwesi Atta II of Cape Coast (Oguaa Traditional Area), together with Otumfuo Osei Tutu Ababio II of Ashanteman, Nana Conduah VI of Elmina and Daasebre Kwebu Ewusi VII of Abeadze were given their gazette certificate on August 2001 by the then Minister for Chieftaincy and cultural affairs- Hon. Nambila.

Osabarimba had been the Commissioner at the Ghana Constitution Review Commission in 2012. He is the board chairman of Oguaa Secondary High School, a board member of Christian Eye Centre in Cape Coast and became a member of Tema Oil Refinery.

He is married with four children namely; Garfield (Garry), Maureen, Hera and Vernon. He enjoys Golf, listening to Classical and religious music and singing.