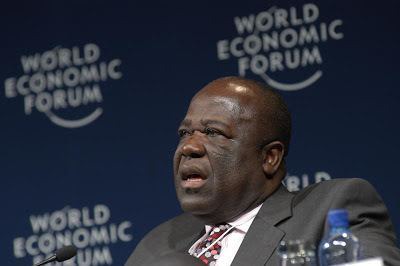 For the first time, since 2017, a bold technocrat and an astute entrepreneur has taken to the podium and spoken about the ills of Ghana, and even though he said nothing so revealing or explosive, it has shakened our entire social and political conscience. The messages were not new, it is just that, it has taken too long for us to see such boldness displayed without regard to any political consequences.

What I am saying is that, since the assumption into office of President Nana Addo Dankwa Akufo-Addo, critical voices have died down. The peace and good governance advocates, or I should say entrepreneurs who were always on air speaking, chiding and correcting the John Mahama administration suddenly shut shop and went silence after 2017.

So, this is the first time someone with the calibre of Sam Jonah is speaking, thus, makes the matters trend, but not because what he said were not known to the masses.

A few days ago, Samuel Esson Jonah, one of the most prominent and wealthiest Ghanaian businessmen, the executive chairman of Jonah Capital, an equity fund based in Johannesburg, South Africa and the former president of AngloGold Ashanti in his speech tittle: “Down the Up Escalator: Reflections on Ghana’s Future by a Senior Citizen”, touched on almost every facet of society, including corruption, governance, the economy and the role of the media and academia in shaping the future of Ghana.

Therein he criticised the political system, narrowing down to the current regime. He alleged that, the culture of silence is back. Even though it is not being enforced by military or law, it is being obeyed out of fear of victimization.

His assertion is a plain truth and no secret. Where are the critical clergy, who used the pulpit every Sunday to address the wrongs of politicians? The Mensah Otabils, the Rev Marteys, name them. Where are all these voices.

The economic forums, where lecturers and businessmen invite the then running mate Dr. Bawumia to speak on the economy, have also gone dry. Is it that they have nothing to say, or they did that for propaganda, perhaps, they were all disguised politicians. Probably, it is what Sam Jonah said, fear. Culture of silence in full swing?

A prominent member of the system has spoken, we hope that opens the flood gate for many to come out boldly and criticise the political elite constructively like what he did. As for what he said, we know, we only needed amplifiers, and Sam provided us one. Let us hope for more.