11 African Head Of States Assassinated in Power, One Of Them Had The Plan to Develop Africa

By Hajia_Maryam (self meida writer) | 19 days 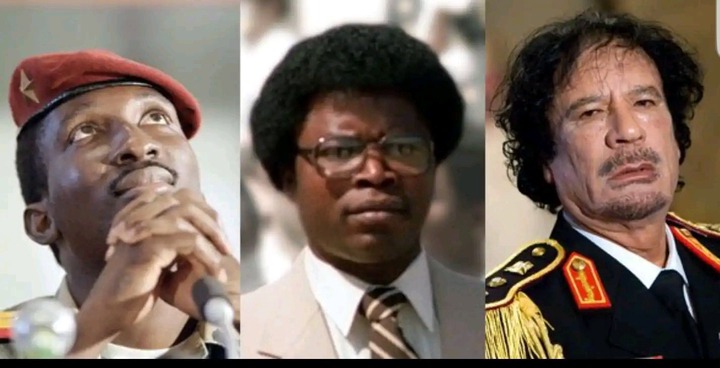 Many heads of state have been assassinated over the years in Africa much to the extent that we have even lost count of them. Some of these leaders are people that should have helped Africa to develop at face but they were assassinated and never lasted in power.

Here is the list of 11 presidents who were killed during their tenure:

As for most of the leaders assassinated the death of Hamed Abdallah remains rather unclear he was allegedly executed by mercenaries in 1989.

Captain sankara died at the age of 37 on October 15, 1987, his assassination carried out by a military commando in a coup that brought his former friend Blaise Compaore to power.

He was killed by a G.I.S second lieutenant in May 1992 during a conference he was holding in the northeastern town of Annaba.

First President of Liberia Samuel Doe was captured, tortured and assassinated by a rebel group led by Prince Jackson in 1992.

Victim of the attack on Rwandan President Juvenal's plane in which he was in 1994.

First democratically elected president in Brundi was assassinated on October 21, 1993 during a fateful night.

It was in a coup d'etat on April 9, 1999 that Ibrahim Barre was overthrown from power and assassinated by a member of his presidential guard under the leadership of a battalion commander.

The latter died in an attack on his plane on April 6, 1994, this date is considered to be the starting point of the Rwandan genocide.

The former head of state of Guinea Bissau was killed by a commando of armed men in his residence on March 2, 2009, shortly after a bomb attack.

It was during the day of January 16, 2001 that he was shot dead in his office in circumstances which have not yet been clarified.

Ghadaffi could have been the man to help develop Africa with his contingency plans, but in August 2011, when faced with Tripoli's capture by the rebels, the Libyan leader flew from the capital and on the 20th of October 2011 he was caught, and was murdered, Ghadaffi is a man who ruled Libya for over 42 years.

I wonder why killing each other when our continent has just emerged from slavery and colonization, rather than building a new powerful continent with its resources, they just kill each other for power to satisfy themselves, and they blindly follow people who call them monkeys and incompetent people every time.

"President Akuffo-Addo Is just not thinking about the next generation of Ghanaians,” - James Gunu