By Ghananewsupdatez (self meida writer) | 13 days 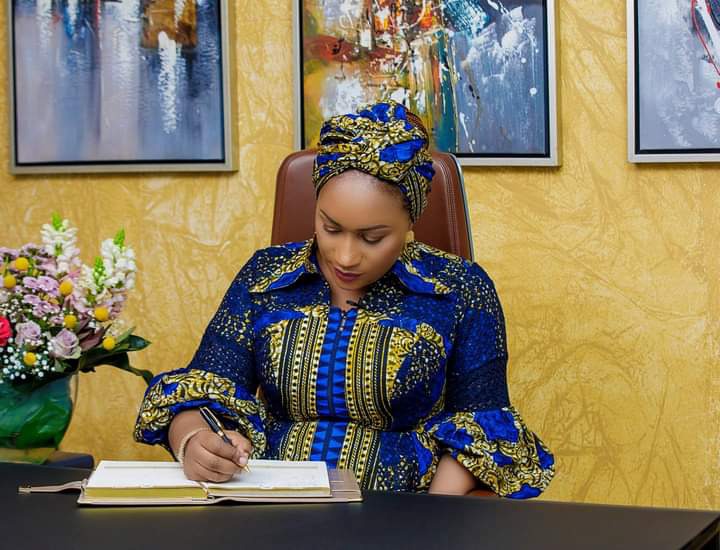 Politicians all over the world are known to be always ready to accept criticism from the general public, but some politicians react so "angry" after been criticized a little.

A twitter user named CheEsquire commented under the post of the second lady of the republic of Ghana, Mrs Samira Bawumia concerning her religion. 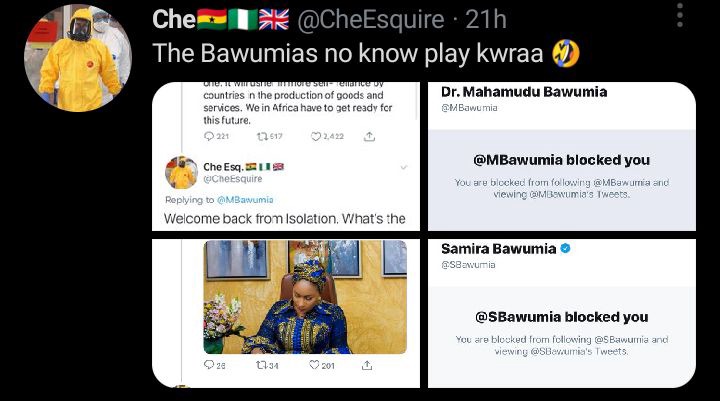 This made the second lady of the republic of Ghana, annoyed and blocked him immediately. The user also made a throwback of how he was blocked by the Vice President of Ghana, Mahamudu Bawumia back then in April 2020 and just yesterday, he has also been blocked by Samira Bawumia.

Check out screenshot from the comment and when he was blocked. 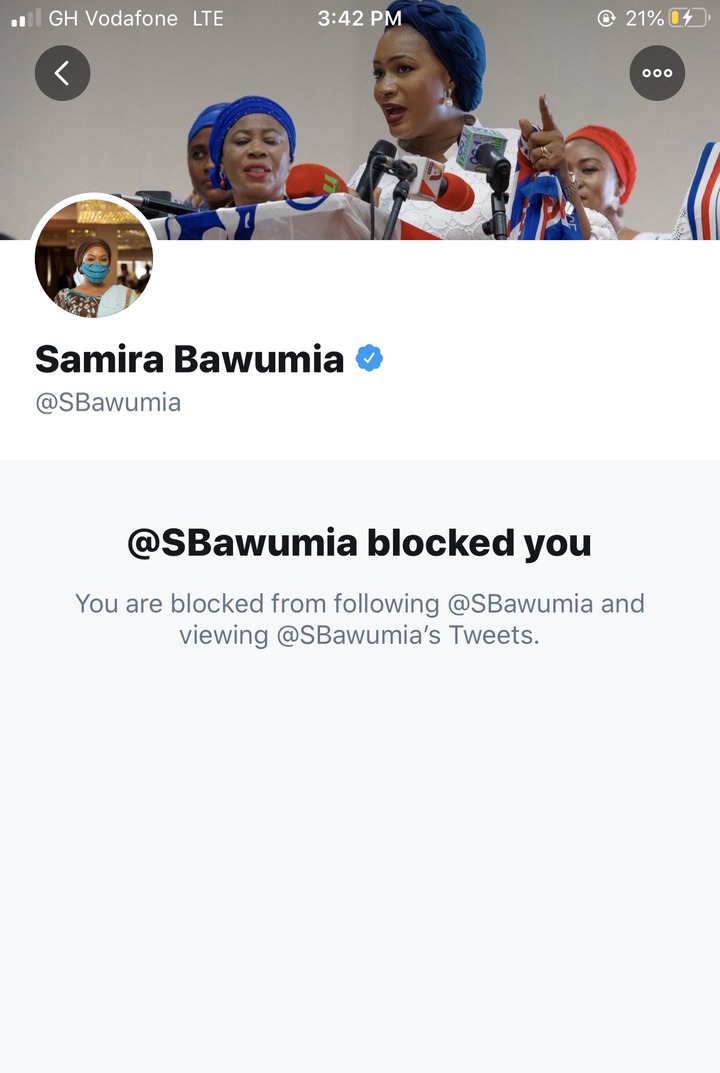 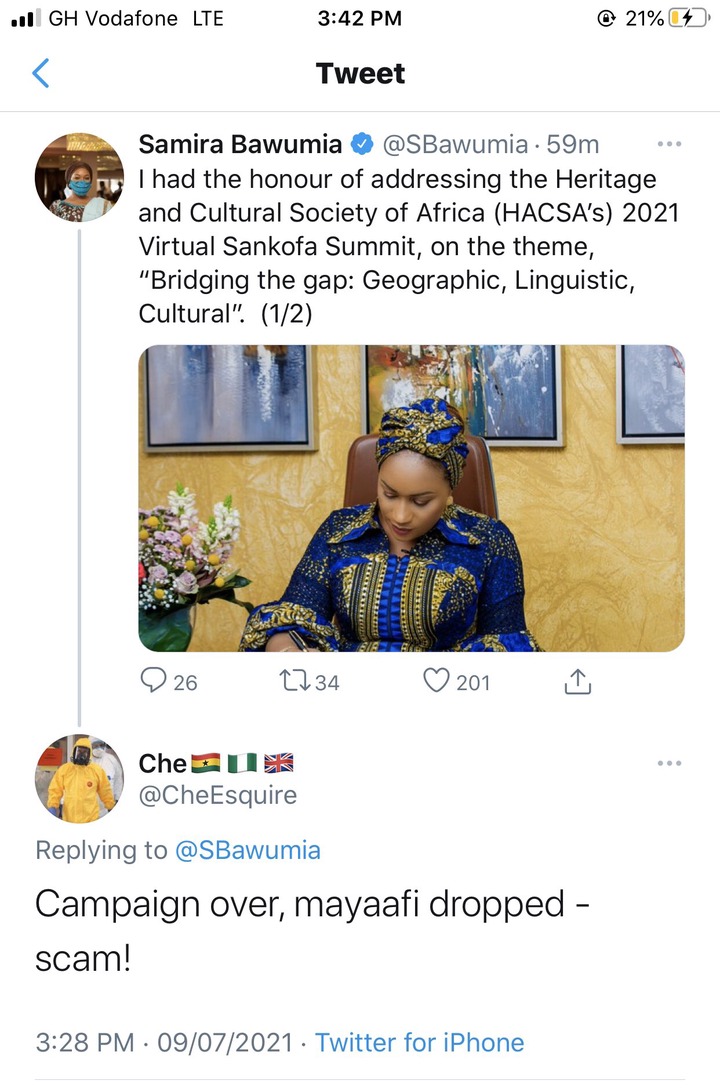 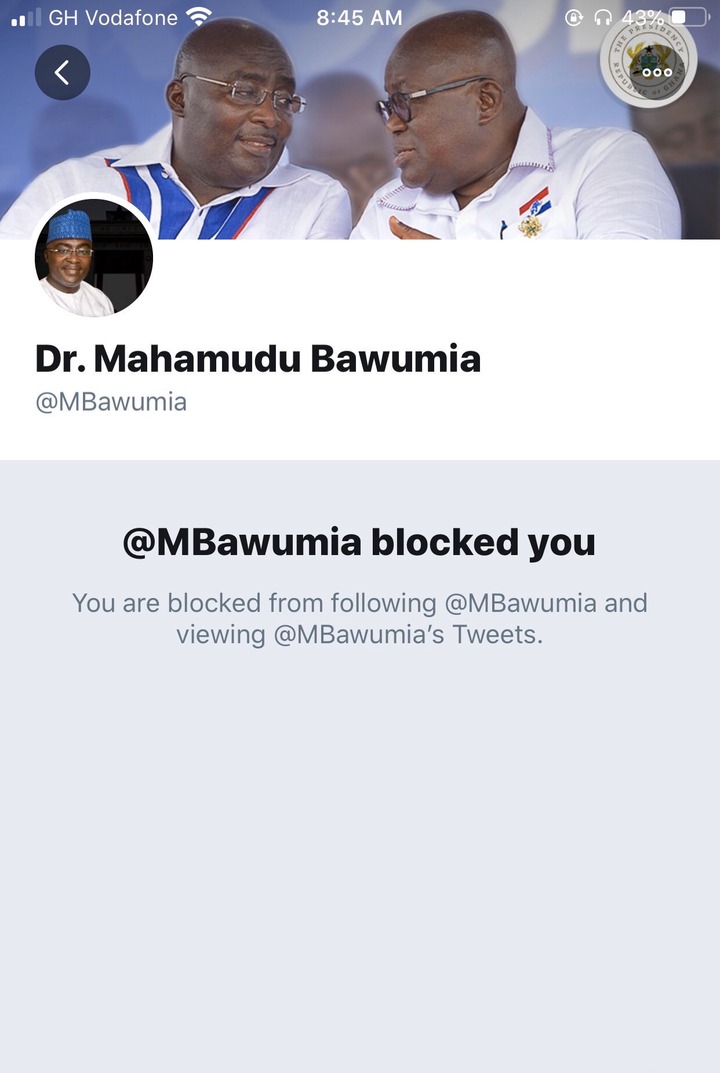 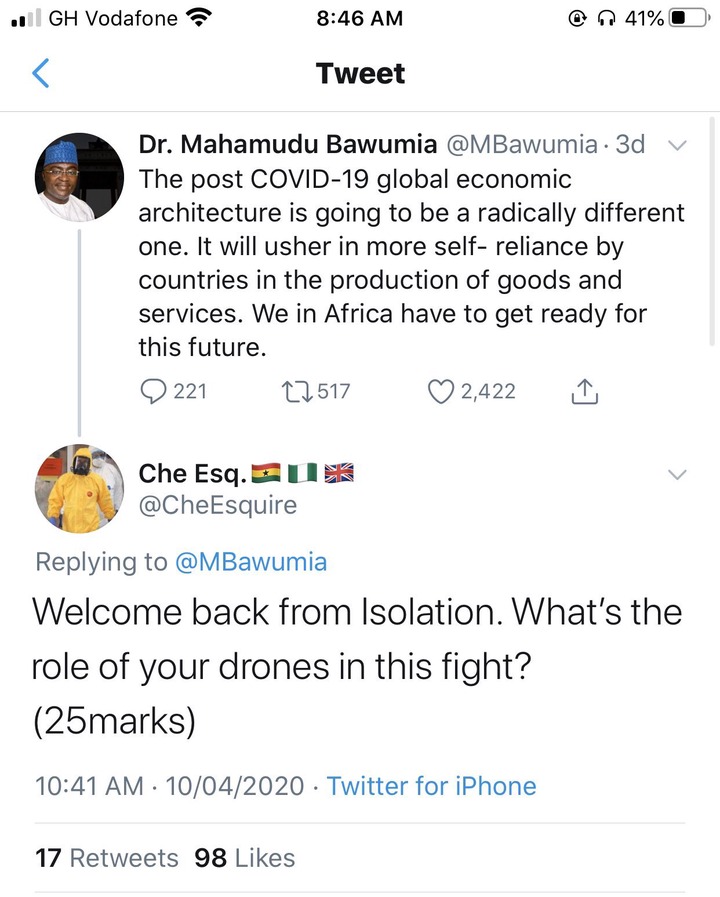 He concluded by say "the Bawumias don't know how to play"

In conclusion, a twitter user has been blocked by the Vice President of Ghana, Dr. Mahamudu Bawumia and the Second lady Mrs. Samira Bawumia after been criticized.

Content created and supplied by: Ghananewsupdatez (via Opera News )