I am not frightened to be contested by an independent candidate - Hon. Francisca Oteng Mensah The MP went unopposed in the parliamentary primaries of the NPP, a decision some party members believe was unfair.

The Member of Parliament for Kwabre East Constituency in the Ashanti Region, Hon. Francisca Oteng Mensah says she is not threatened if contested by an independent candidate in the upcoming December elections.

The youngest parliamentarian of the fourth republic of Ghana was mandated by the party to go unopposed in the New Patriotic Parliamentary primaries to the dissatisfaction of constituents who contemplated that delegates should have been given the opportunity to decide, per the constitution of the party. 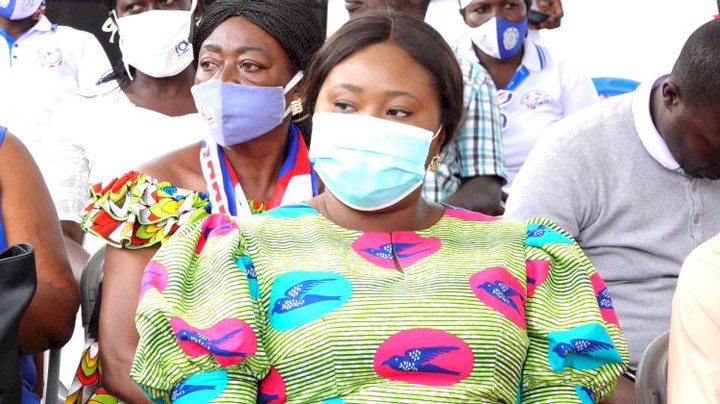 The Chairman of Anyinam, Owonta Electoral Area, Mr. Aikins Sarpong in the month of March 2020 cautioned the Ashanti Regional Chairman of the New Patriotic Party, Bernard Antwi Boasiako, and the National Secretary, Mr. John to be watchful in the outcome of their decision to disqualify Lawyer Osei Poku during the vetting process in the Kwabre East.

The Lawyer who was described as ‘influential and the people’s favorite’ during the press briefing at the Ahwiaa Roman Catholic Church was the incumbent MP’s interruption after series of protests against the 27-year old female parliamentarian by party faithful to deny her a second term.

Lawyer Osei Poku, who has the support of the people, has been directed to contest as an independent candidate and replace the New Patriotic Party’s representative in Ghana’s parliament.

When asked if she is troubled that Kwabre East constituents will opt for the independent candidate, she denied any certainty in the story of a self-determining candidate in the constituency and reminded that she is not frightened since the evidence of her infrastructural successes will speak for itself.

“Officially I have not heard whether anyone in the constituency will contest as an independent candidate or not.

“Honestly, even if there is such, I am firmly grounded because the records are there to be compared and contrasted. We have done a lot through the common fund, IPEP, and the central government. The people of Kwabre will give us that mandate which I am sure of.

“It is not possible to please everyone but I believe the majority of people appreciate what we are doing,” she added.