This Is Not The Commitment You Made To Us – Prof. Gyampo Boldly Tells Akufo Addo 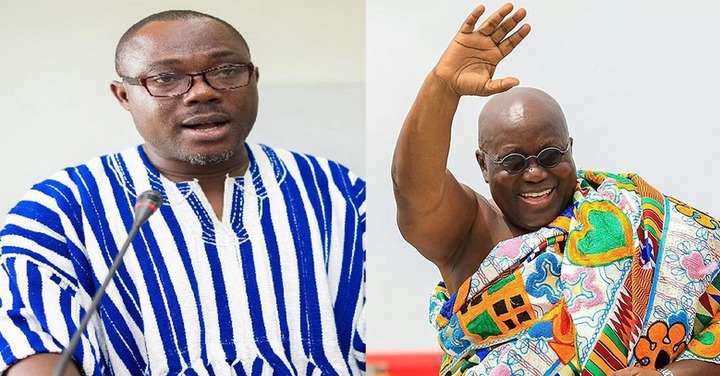 A Lecturer at the political science department of the University of Ghana, Professor Ransford Gyamph has told the President, Nana Addo Dankwa Akufo to spare the ears of Ghanaians because he seem to be running away from the commitment he made about the fight against illegal mining.

Professor Ransford Gyampo was responding to the last state of the nation address presented in Parliament by the President, Nana Addo Dankwa Akufo Addo after his first term.

Mr. Ranford Gyampo wrote on his personal Facebook wall that the fight against galamsey has seen a different dimension as the President seem to be singing a different song now.

Nana Addo Dankwa Akufo Addo in his address indicated that the entire nation need to have a conversation on how the illegal mining menace will be dealt with.

He condemned the act and indicated that it is destroying the various water bodies in the country. But Professor Ransford Gyampo has a different view.

According to him, Ghana at this moment in time does not need a national conversation on illegal mining.

He indicates that the President Nana Addo Dankwa Akufo Addo was uncertain when he promised to put his presidency on the line to fight galamsey.

He indicates that the recent comment made by the President seem to be in a sharp contrast to his earlier commitment.

“We do not need a national conversation about illegal mining. It appears the President sounded wavering in his commitment to fighting galamsey.

His comments on this, doesn’t support his earlier decisive posturing of wanting to put his Presidency on the line in the fight against illegal mining”. Professor Ransford Gyampo wrote.

According to Professor Ransford Gyampo, the fight against illegal mining cannot be reduced to politics when severe damage is being caused to water bodies and the environment.

“The disastrous effects of illegal mining on our water bodies, and on the very sources of human livelihood in Ghana, are unquantifiable, and the quest to maintain political power, should not be enough to make any regime relent in fighting it”. Professor Ransford Gyampo intimated.