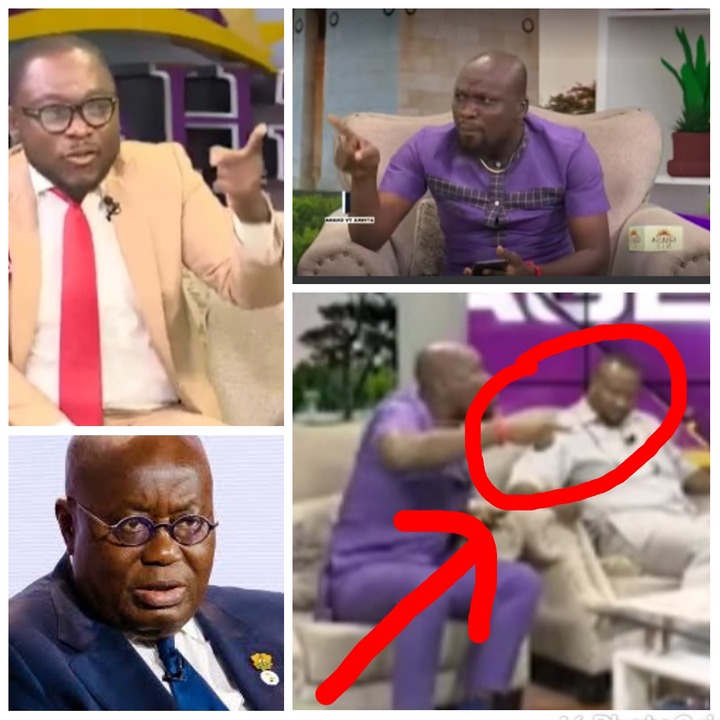 " Instead of Akufo Addo to think about the country, he prefers flying in aeroplane with Serwaa Broni. Allow me to revisit that story. The President has been fornicating alongside teaching broad day thievery. All that I've said were contained in Serwaa Broni's interview. Go and watch it" The NDC communicator talked so loosely on live TV.

" No Chief Imondo. I won't allow you to use third party baseless allegations against the President as a reference point on my Show." The host Ekourba Gyasi cutted in.

" Can't you see that the President is fornicating with our resources? The evidence is clear " Chief Imondo fired again without showing remorse.

" Retract that statement and let's continue with the show because you have no evidence to that effect " Ekourba queried.

" I won't retract. When Kwadwo Oppong Nkrumah called John Mahama PAPA NO in Parliament, what did you journalist say? Now the table has turned and it's Serwaa Broni so we should shut up? Never!!" The NDC communicator Imondo insisted.

At this moment tempers got high. Then the fight started.

" The fact that somebody fooled somewhere doesn't mean I'll allow you to fool on my show. You Can't fool here Chief Imondo" Ekourba reacted angrily.

" You Can't insult me. I',m totally disappointed in you Ekourba for calling me a fool. The President is fornicating with Serwaa Broni. I've repeat it. Say your worse. I won't allow you to insult me " Chief Imondo also fired angrily.

" I placed it in context. I'm not Insulting you. I said that the fact that somebody is saying unsubstantiated allegations or fooling elsewhere doesn't mean you should fool here on my show" Ekourba stood his grounds.

At this point, the NPP communicator in the studio had no option than to watch them as the show producer was forced to go on break to avoid the shame of physical blows on TV.

Watch the short video below: