Privileges Committee summon Adwoa Safo after failing to reach her.

By JAYBHARD (self media writer) | 1 month ago 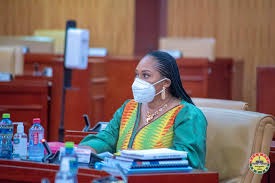 According to a press release issued by the Parliamentary Service and signed by the Director of Public Affairs, Kate Addo, Minister of Gender, Children and Social Protection failed to honour all invitations to appear before the Committee after the Speaker’s directive.

The press release indicated that the failed attempts to reach her included an invitation letter to her office and her pigeonhole in Parliament, to the Ministry of Gender,Children and Social Protection where she superintended as sector minister, her official email addresses, known social media handles and through her Personal Assistant.

“The summons from part of the Committee’s work, referred to by the Speaker, Rt. Hon Alban Bagbin, pursuant to Article 97(1)(C) of the Constitution and Orders 15 and 16(1) of the Standing Orders of Parliament, for consideration and report to the House, on the absence of the Member from Parliament for more than fifteen sittings, without permission in writing of the Speaker during the First Meeting of the Second Session of the Eight Parliament of the Fourth Republic of Ghana. 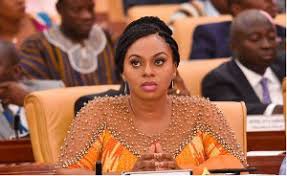 The two other MPs who were referred to the committee by the Speaker, Alban Bagbin for the same long absence; Kennedy Ohene Agyapong, MP for Assin Central and Henry Quartey, MP for Ayawaso Central, who is also the Greater Accra Regional Minister, are expected to appear before the committee today, Wednesday, June 15, 2020

The Dome-Kwabenya MP had, however, made a brief appearance but was said to have been impersonated, an issue which the Minority promised to follow up. 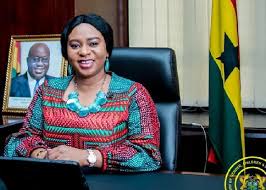 Content created and supplied by: JAYBHARD (via Opera News )