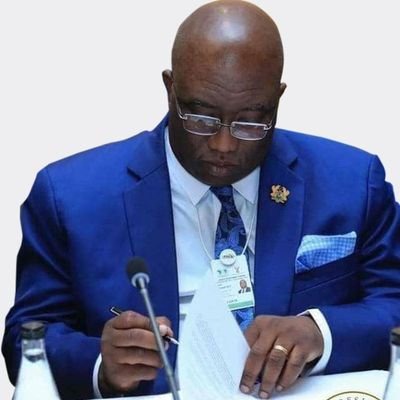 The New Patriotic Party [NPP] is a party inundated with ambitious men and women with great intellect and the willingness to serve, particularly at the highest level of political system of Ghana.

In 2007, when President J.A Kufuor was almost at the end of his eight(8) year mandate, the NPP went to the polls to elect a fresh presidential candidate. Eighteen (18) notable men of repute within the party filed nominations to contest the position. They were:

At the end of the fiercely contested election, the delegates endorsed Mr Akufo-Addo as the presidential candidate of the party.

It is instructive to note that Mr Alan Kwadwo Kyeremanteng emerged as the first runner-up and threw his support for Mr Akufo-Addo ahead of the 2008 election.

Fast forward, Mr Akufo-Addo, after three successive attempts managed to secure a landslide victory in 2016, as the president of Ghana. A mandate which was renewed in the 2020 general election.

This unshers in the need for the New Patriotic Party to elect a fresh face to lead in the 2024 presidential election. The Vice President, Dr Mahamudu Bawumia and Mr Alan Kwadwo Kyeremanteng have been tauted as the two favorite candidates. Unlike Dr Bawumia, Alan Cash, as he is affectionately called has already contested the position three times- 2007, 2010 and 2014.

One name that has strongly emerged, and continue to gather momentum as far as the flag bearer contest is concerned is Mr Joe Ghartey. As an astute lawyer with impeccable track record, one cannot underestimate Mr Ghartey as a possible replacement for President Akufo-Addo. He has previously served as the Attorney General of Ghana, under President Kufuor and the Second Deputy Speaker of the 6th Parliament of Ghana. Until recently, Joe Ghartey was the Minister in charge of Railways Development.

His viral billboard announcing his readiness for the challenge can only points to the magnitude of groundwork he has been engaged in after deciding not to serve in the second term of the Akufo-Addo led goverment. Indeed, more interesting days ahead. Dr Bawumia and Alan Cash must put their houses in order. 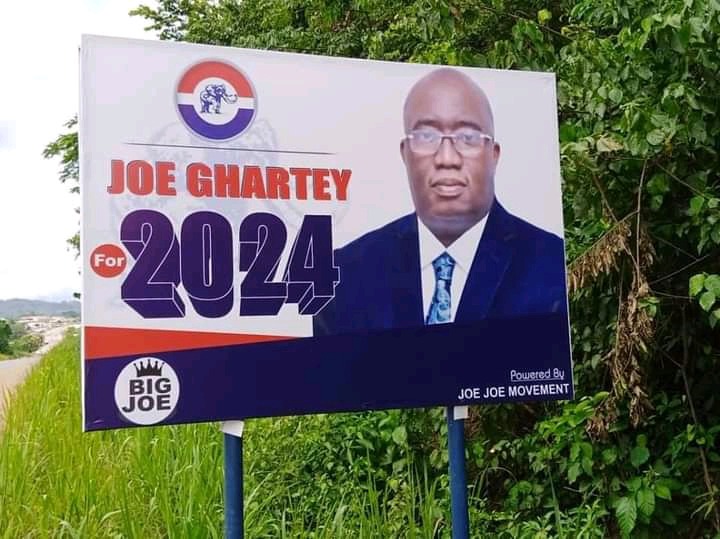