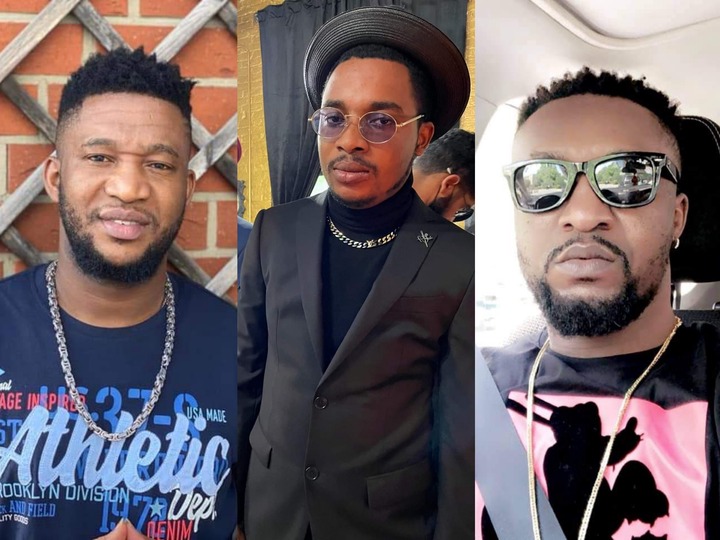 Twene Jonas has been warned about a challenge Archiapalago had thrown at him in the United States. A social media commentator, Peter Anokye had analyzed the daring message from Archipalago to confront Twene Jonas about his claims on social media, as a trap that would cause the latter’s downfall.

He reckoned that Archipalago is dangerous and has a record of exposing people for what they truly are, adding that it would be wise of Twene Jonas to stay away from any challenge thrown at him. He disclosed that it would take just a single encounter for Archipalago to abstract every information from Twene Jonas, from which he would cause an attack on the latter’s reputation.

Peter Anokye disclosed in a Facebook video that Evangelist Kwame Addae suffer a terrible fate at the hands of Archipalago some years back after he had granted to be interviewed. He noted that the invitation that is being thrown at Twene Jonas is a trap and must be avoided at all cost.

“It’s a very critical issue. If you allow yourself to be spotted for even a minute, that will be your downfall. Your end is coming. Should Archipalago meet you for just a minute, the kind of information he would extract from you will cause your doom.

“They did the same thing to Kwame Addae. The first person they sent after him was Kwaku Manu. The flood gate was opened and Archipalago also had his chance. He came back and told Ghanaians that Adda is just a joke and fake, and must not be taken seriously. That was his end, he wept.”

Peter Anokye alleged that Kennedy Agyapong and Afia Schwar are all behind the challenge thrown at Twene Jonas, adding that he has been paid off to expose him. He noted that Twene Jonas needs to be extra vigilant going forward.

“Don’t allow yourself to fall for it. Archipalago has been paid off. He has an agenda. Whatever he is doing, Afia Schwar and Kennedy Agyapong are aware.

Some politicians in the NPP have an interest in this too. He wants to show you he is the man. The search that Archipalago is doing on you is meant for your downfall. Be wise,” he admonished Twene Jonas.

Archipalago left Ghana some few days ago daring to confront Twene Jonas about his ‘glass nkoaa’ agenda and verify the truth in his claims. He has over the past days been in New York City searching for Twene Jonas for a one-on-one conversation to prove to him what he has been saying over the past years about the city, for which he has had to condemn Ghanaian leaders for.

Ladies, do you want to drive your man crazy? Here Are 11 Ways To Seduce Him.