Politicians have the money and with such huge reputation across the length and breadth of the country also, they are the toast of many. There have been news reports in this country, when even people who were yet to win their seats have successfully snatched young ladies and even sometimes, wives of other people, by virtue of the respect and wealth they have.

It is in this wise, that, a Facebook may have shown interest in how her most recent Member of Parliament is always seen with their heavily endowed and beautiful Personal Assistant/Secretary. In a Facebook post, where the MP had shared the beautiful picture, where both the MP and the Secretary were in a hearty chat and laughter, the obvious most concerned lady constituent, sought to find out if any thing may be going on beyond the scenes, that must be officially made public.

A quick search on Maame's page indicate that, she is a banking officer, currently working at a Microfinance firm. She may be having a child and is still single though and maybe, just maybe, she may also be wishing that, the fine and rich MP may well be hers as well. 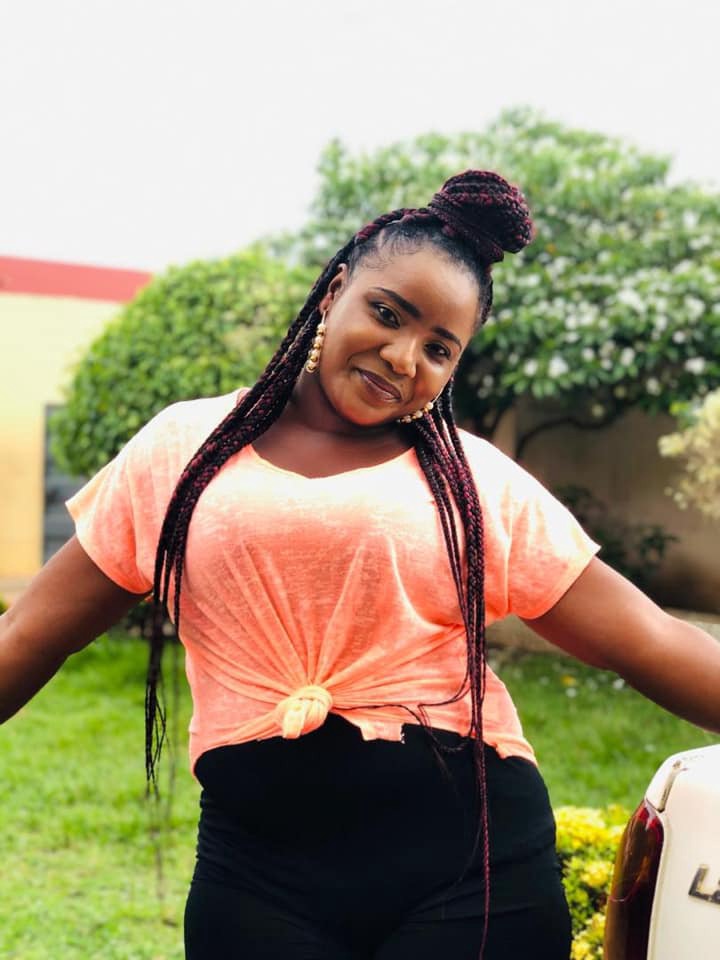 In the picture and post shared below, without any description attached, the concerned lady, named Maame Adwoa Boahen had commented that, "Hon, u are always with ur secretary hope all is well Boss" 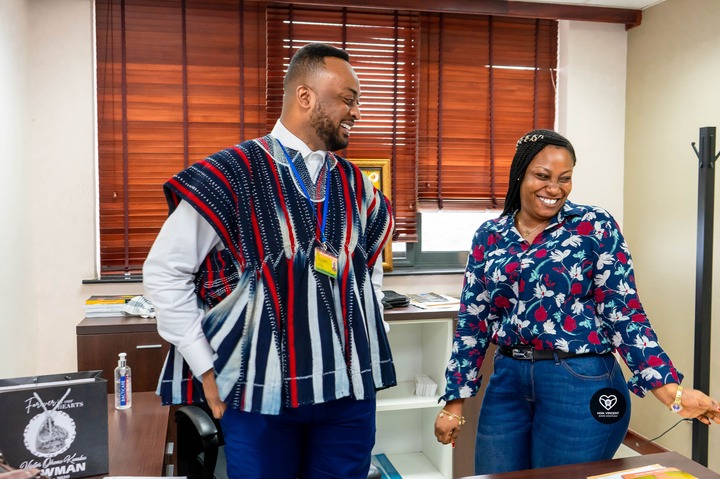 A critical look and analysis of the questions of the lady may well be in the right place. Here are the following reasons. Hon. Vincent Ekow Assafuah was born on 27th September 1990 and this means that, he turns just 31 years this September. This makes him naturally appealing to many, as it is rarely do you find such a young person serving at such top levels of governance and in public offices.

Vincent Ekow Assafuah has also proven to be a brilliant person. Having attended Martyrs of Uganda Junior High School and proceeded to study General Arts at the St. Huberts’ Seminary in Kumasi, Hon. Assafuah now holds a Bachelor of Arts degree in Political Science from the Kwame Nkrumah University of Science and Technology (KNUST), and Master of Arts degree in Economic Policy and a Master of Science in Development Finance both from University of Ghana (UG), Legon and also holds a Bachelor of Law Degree (LLB) from Central University. He also later proceeded to the Ghana Institute of Journalism where he obtained a Master of Arts in Public Relations.[5] He is currently pursuing a PhD degree in Public Administration and Public Policy.

Assafuah contested and won the National Service Personnel Association (NASPA) National president whilst doing his National Service, he served in that role for one year and from there, became a special assistant to the Second lady Samira Bawumia from 2015 to 2017. After the New Patriotic Party came in power in January 2017, He was subsequently appointed as the Head of Public Relations at the Ministry of Education 2018. In 2017, he was the acting Deputy Communication Director of the New Patriotic Party (NPP). He is also a part-time lecturer at the Dominion University College.

Interestingly, in another post by the young MP, he also shared a lovely message about her secretary and showed beautiful pictures of them together. In the post, he wrote that, "Undertaking my legislative duty in lieu of the mandate of the good people of the Old Tafo Constituency. Working hours with my able secretary and personal assistant at the office in parliament. With much love." 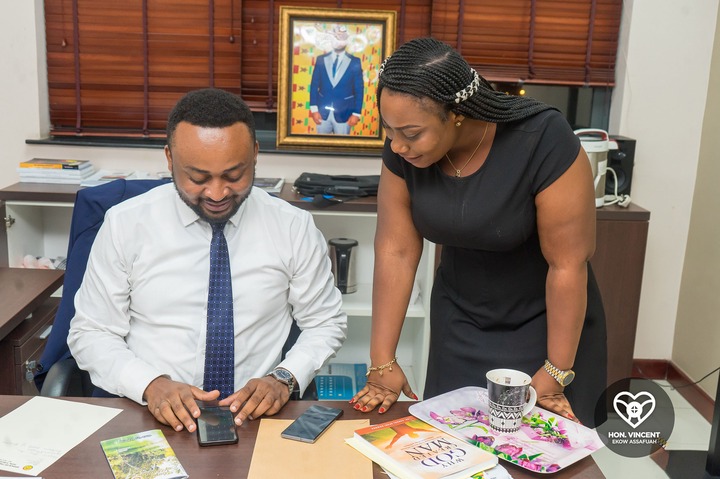 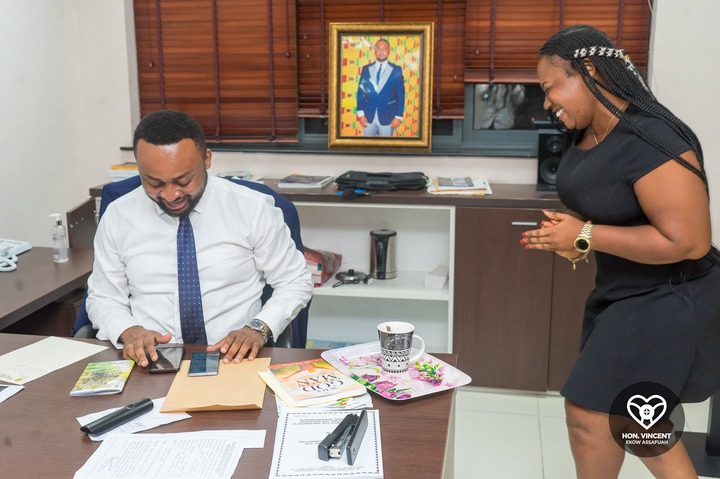 It comes as surprisingly that, such lovely moments can all be shared during working hours, as really do you find this in a typical office setting. Hopefully, they are not dating as well, as that may well be on the table also. After all, if they can work together in the office, why cant they tie the knot and work together outside the office also?

From our background checks, she has been a close associate for sometime now. Named Freda, she had served as a part of the new MP's on ground team, that helped him win both at the primaries and the just ended general elections, making him now an MP. And it is on this note of her diligence and even most importantly, her unflinching commitment and loyalty, that made her close to the MP and influencing his decision to offer her this job as a way of rewarding her and working with her. 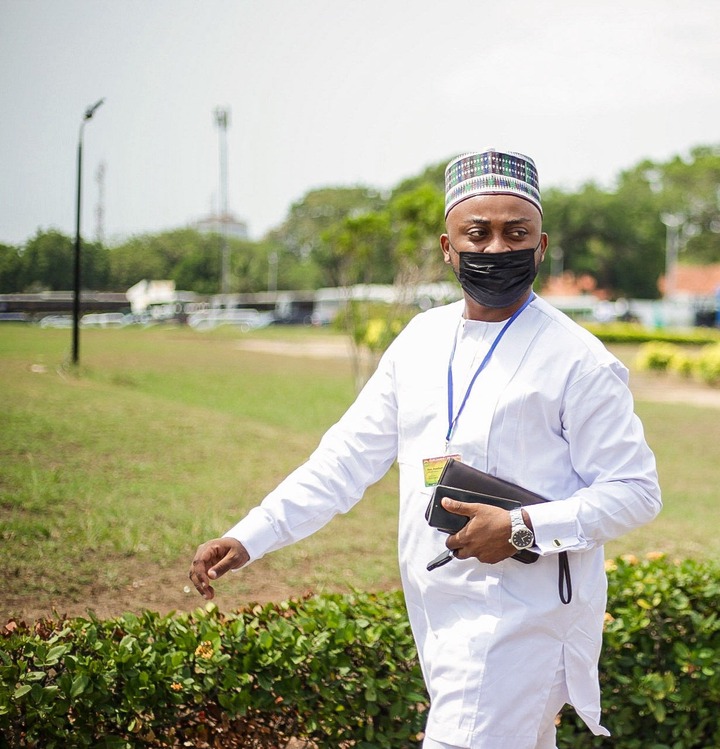 "Licensed And Secured" : Captain Smart Brags As He Starts His Own TV Station, Smart TV

"No Matter How You Sugar-coat It, You're A Thief"- Georgina Onuoha Lambast Internet Fraudsters