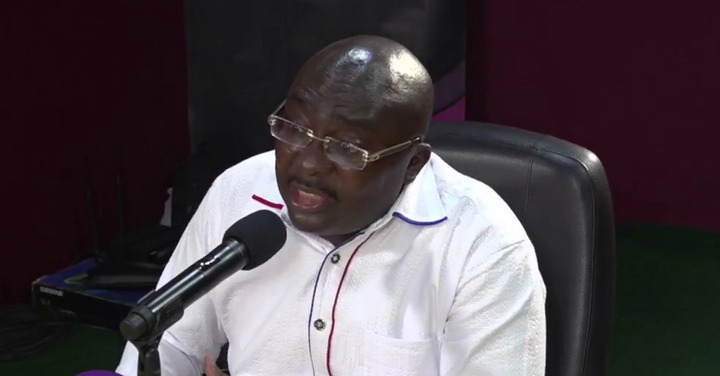 Revealing more details on Kumasi based Pure Fm in an interview this morning, Dr. Mahamadu Bawumia disclosed that there are a lot of mispronunciations surrounding his name currently among Ghanaians.

He says most people refer to him as Mamudu whilst others call him Mahamadu, there are also others who also call him Mahmoud. Dr. Mahamadu Bawumia indicated that, the confusion is emanating from his late father Alhaji Mumuni Bawumia, who used to call him Mahmud when he was alive.

According to him his father shelved the real name (Mahamadu) and referred to him Mahmud. He adds that a lot of people copied his father and that has brought about the confusion.

Host of the programme, Kwame Adinkra who asked the question wanted to know his real name since most people have different ways of pronouncing it.  Dr Bawumia in a response noted that:

“Yes, you are right. there is a lot of confusion surrounding my name, some call me Mahmud, others call me Mahamadu, Mamoud and all that. My late father caused all those confusions because when I was young, he used to call me Mahmud at home and that is what neighbors and friends copied and now most people are also used to that name. So, I blame my father for introducing that confusion to my name”. Dr. Mahamadu Bawumia indicated.