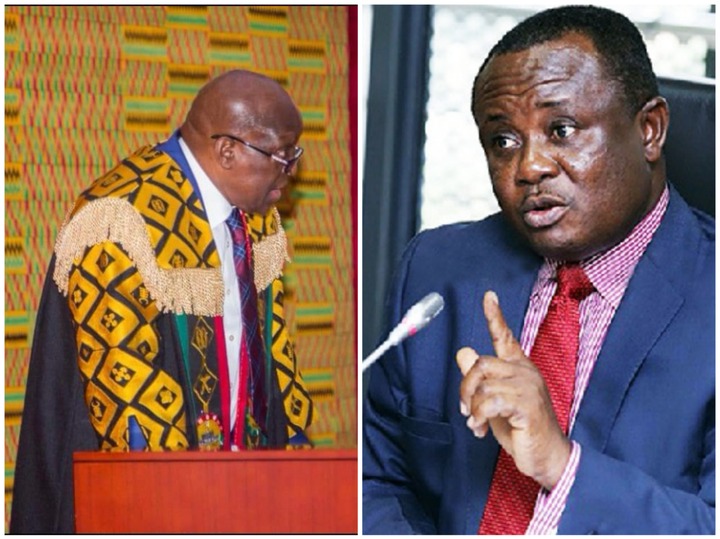 The very first attempt to have the 'Agyenkwa' Budget approved, failed last Friday in Parliament under the leadership of Speaker Alban Bagbin. In his absence, Parliament is left to the dictates of the first Deputy Speaker, Joseph Osei Owusu in whom power of the legislature resides.

Tomorrow, Tuesday 30 November 2021, Parliament reconvenes and this promises to be an exciting day for both the Majority and the Minority in Parliament. It is assumed that the Finance Minister, Ken Ofori Atta has had a sober reflection on the humiliation that was caused him last week, as well as the debate that had ensued after his budget was rejected.

Another attempt by the Finance Minister is expected to be taken to have the budget approved but with some major changes affected. This could fall within the proposal by the Minority.

Much of what is expected includes the removal of the 1.75 per cent Electronic Transaction Levy, the inclusion of the Keta Sea Defense project and others. An analysis of the demands by the Minority suggest they simply wanted to hold the government on ransom.

But these demands appear to be exclusive of what Ken Ofori Atta had wanted to include in his revision last Friday. Obviously, the withdrawal of the proposed Electronic Transaction Levy could be an impossibility, given that the government cannot risk having its expenditure budget far outweighs its revenue targets.

In parliament, another debate beckons and this will be about both sides of the House taking certain compromises to ensure that the government mobilizes sufficient financial resources without adding to the already bloated public death. In as much as the Minority desires to have the Keta Sea Defense project completed, the justification becomes easier for the government to wage a case for the inclusion of additional taxes to cater for its execution.

It might sound to be a tough game but the Majority this time around does have the full complement of their members. Perhaps Bagbin had a hunch and sought to escape the disappointment by rushing for medical care right after Friday's heated parliamentary debate.