By CCFCC (self media writer) | 1 year ago 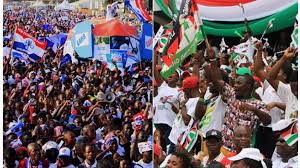 There are reasons certain things happen to certain people. God creates and allows everything going on around us. God allowed Satan to tamper with Job‚Äôs health and wealth. He puts people, good or bad, in powerful positions purposely to fulfill His plans. In Daniel 4:17 Nebuchadnezzar received a vision from God meaning He makes and break human authorities under the sun. God is sovereign, the alpha and the omega, the beginning and the end of any and every human endeavor.

It is also said that ‚ÄúGod is the great lawgiver; man is a lawless sinner.‚Äù God gives people whom or what they deserve. In this regard, Naana didn‚Äôt stage any Coup d‚ÄôEtat nor did she force herself on to the NDC ticket. The giant professor was selected from among the lot by the Old Man up there in Heavenly Places through a medium called John Dramani Mahama, period! Why the fuss about that?

Romans 13:1 also states that ‚ÄúEvery person is to be in subjection to the governing authorities; however, God-chosen leaders are answerable to Him and to the people, meaning the citizenry holds leaders to account to do everything humanly possible to serve the nation to the best of their abilities. This does no implies that leaders are expected to be perfect, righteous a hundred percent like God.

A perfect leader is a fake leader. There is only one perfect leader: a dictator or the Almighty God. The former is not genuine, but the latter is. We need a real leader not a perfect human leader. 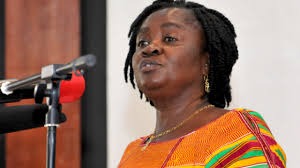 Naana is a real lady running mate who may stumble just like any other human being. Why do we expect too much form leaders but not enough from Naana?

Every single citizen expects the professor to be or do what they would be or do! Nobody absolutely no one meets the standard.

There is a need for us to keep our requests and unrealistic hopes in constant check when we connect with someone in politics, in business, in sports, in matrimony to avoid illusion.

If we are not even prepared to set very high standards and expectations for ourselves, why on earth are we expecting too much from others?

The devil is at work: there are classic examples of the constant murmurings of the Israelites among us now.

If we don‚Äôt listen to and obey authorities established by God, if we keep grumbling and murmuring as a party or a nation then we have serious problems!

I think it is better for the 31 million Ghanaians to become running mates to John Dramani Mahama to put an end to the long faces being pulled here and there.

We call ourselves educated and democratic Christians. We go to church every Sunday; yet, we remain stark ignorant of basic divine, spiritual principles:

Ghana should do her homework, revise her lessons from the parable of the sheep and goats in Matthew 25: 31-46.

Goats are known for their rebellious behavior. As a matter of fact, there too many goats around, goat political party members, goat church members, goat members of the general public, goat students, goat husbands and wives‚Ä¶..goats everywhere!

Moreover, it is high time we stopped the brouhaha over the so-called qualities of a running mate, a vice president or president. This lady vice president to be is very well groomed to run this country! The Central African Republic‚Äôs Catherine Samba-Panza, Liberia‚Äôs Ellen Johnson Sirleaf did it. Why are we so good at destroying ourselves, underestimating our own lady leaders? Why are we so chauvinistic in this particular part of the globe? Why are we so busy finding fault with our ladies, painting them black, standing in their ways, calling them names? Did all the men who publish rubbish about our women fall from trees? Just like millions of voters out there, I have a gut feeling that the chemistry between the NDC flagbearer and his running mate is strong enough for the Mahama-Naana ticket to win the upcoming presidential election, pull the country together, work closely together as a nation in order to achieve a strong economic growth and nationwide feelgood factors.

Content created and supplied by: CCFCC (via Opera News )

Xavi: ‚ÄúWe were lucky, Villarreal did not deserve to lose.‚Äù