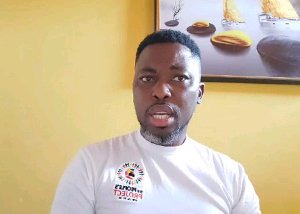 The government of Ghana led by President Nana Akufo-Addo and Dr Bawumia promised in the last election that they will deliver their Okada to car promise if they win the election. They have unveiled some cars seen to replace Okada in the country when some prominent people started asking them why they haven't fulfil their promise.

Today, political activist, kwame Asare Obeing A-Plus has told Ghanaians that Okada was introduced in the country to help people escape traffic situations but President, Nana Akufo-Addo and Dr Bawumia is bringing cars to increase traffic in the country which he doesn't understand. He told Ghanaians to discuss it on his social media wall.

Ghanaians reacting to his post told him that although he was the same person who asked government where the cars they promised okada riders are they're also confused about the cars unveiled by President Nana Akufo-Addo and Dr Bawumia.

Some People stated that they are confused about the actions of government because Okada is used differently from cars and those cars purchased by government cannot replace the motorbikes.

"I'm even confused of their actions. Okada is used because of its convenience. The cars can't replace the bikes" someone reacted.

Some people in angry mood jabbed that "Nana Addo be zuuku. He never know and understand what governance is. Everything about him is bassaaaa. If we could pay him out of the presidency, like will do so and declare Ghana is without president. SMH 🥴" which is very shocking to many.

Another Ghanaian educated that "this cars has been there since 2019, parked at AMA new block. It was bought purposely for the Coastal Development Authority but was not given out. So when people start questioning government for it promise to give out cars to okada riders not being honored, they started using those cars to deceive the public".

Some people however thought that A-Plus loves criticizing Nana Akufo-Addo led government but does not provide solutions to what he says despite being on point. "So you paa when you go give credit when good initiative are been put in place? You criticize without giving out any good solution" someone said.

Ghanaians reactions indicates that government should not eliminate the Okada business in the system because it helps them a lot of as it gets chance to escape traffic when needed at a time.