It was a back and forth on Newsfile today, Saturday, October 16, 2021 as Rockson Dafeamekpor, MP for South Dayi clashed with Samson Anyenini over the passage of the anti- LGBT bill. Apparently, Samson had kept his views with many unclear over what his stand is. However, things turned feisty as Samson showed his true colours and hit hard at the proponents of the bill. 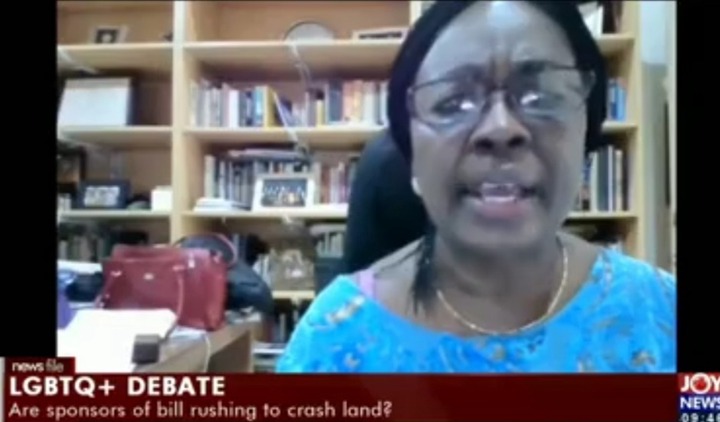 On the show today was Prof. Emerita Takyiwaa, a member of the 18 professionals against the bill shared her thoughts on the show. According to her, the bill has no research and those in favor of it are just spreading hate. At one point she queried if those in support of the bill are Taliban to force things the necks of Ghanaians. Prof spoke with barely any interjections but things turned when it got to Rockson.

Samson started by asking him why portions of the roads in his area are not constructed and the MP has time to debate a bill that seeks to infringe on the rights of others. This was the beginning of trouble for Rockson as he couldn’t pull 2 sentences together without the host raising questions or interjecting. At one point Rockson asked why he was being heckled and not allowed to flow. Though Samson paused the interjections, he later continued and this led to a back and forth between Rockson and Samson.

At a juncture some texters sent in messages and queried why Samson was not allowing the MP to also give his views regarding the issue. According to Rockson one of the key things in the memo of those against the bill is the freedom of association. Rockson however mentioned that freedom of association didn’t mean right to associate with wrong people and do wrong things. He noted that the bill was not promoting hatred and was even open for criticisms and that was why they were accepting memos for corrections.

From what happened, it is clear that Samson is not in support of the bill. He feels Ghana has bigger issues to deal with. He was clearly prejudiced from the start and every question he posed prepared to frustrate his quest. When queried why he was heckling Dafeamekpor, he replied that, “you people you don’t know how this job is”