"Is He Still Holding The Citizen Vigilante Title?"-Reactions As Tilapia Drops This Cartoon

By SamuelPowellNews (self meida writer) | 12 days

The former Special Prosecutor boss, Mr Martin Amidu laid down his tool last year because he believes that the President of the land, Nana Addo Dankwa Akufo-Addo and some of his associates including the Finance Minister, Hon Ken Ofori Atta are corrupt. He wrote a lot of epistles about the Akufo-Addo-led administration became a stumbling block to his work especially the Agyapa Mineral Royalty deal.

He described President Akufo-Addo as 'The Mother Serpent of Corruption' because he believes that all the corrupt officials in this government undoubtedly have support from the President. That is why when corruption issues arise in his government he actually cover up the issue.

After the 2020 elections, Mr Martin Amidu went into a little silence as his epistles of how President Akufo-Addo mastermind corruption and protect his corrupt officials were not coming as they used to be from the beginning of his resignation.

But it appears Mr Martin Amidu is back again as he recently released an epistle stating his biggest regret on this earth. According to this epistle, the former Special Prosecutor said that his greatest regret in life was trusting President Akufo-Addo. He stressed that from the beginning of his appointment, the President made him believe that he was ready to solve the corruption issues in Ghana not knowing that he is rather master of corruption "The Mother Serpent of Corruption".

It was upon this comeback epistle that Tilapia The Cartoonist drew this cartoon below: 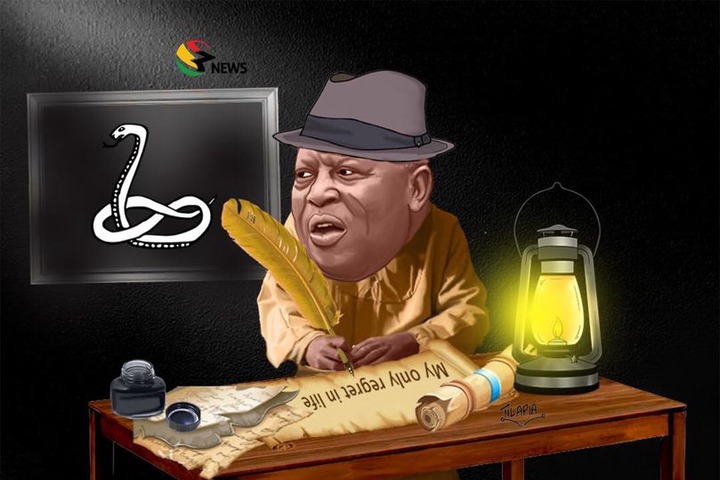 Ghanaians after coming across this ask whether Mr Martin Amidu is acting as a volunteer person punishing corrupt officials in the country. This is because as long as they can remember he has been replaced so why is he still talking about corruption cases in the country.

A Facebook user known as Nana Kwasi Anto-Hia said that "Is he still holding the Citizen Vigilante title? Someone should check for us". 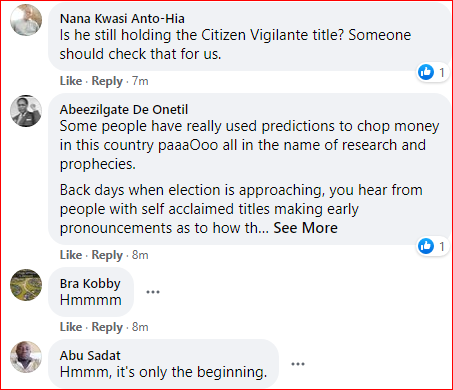 Another Facebook user known as Nicholas Baden said that "It appears MartinAmidu want to his position as Special Prosecutor back".