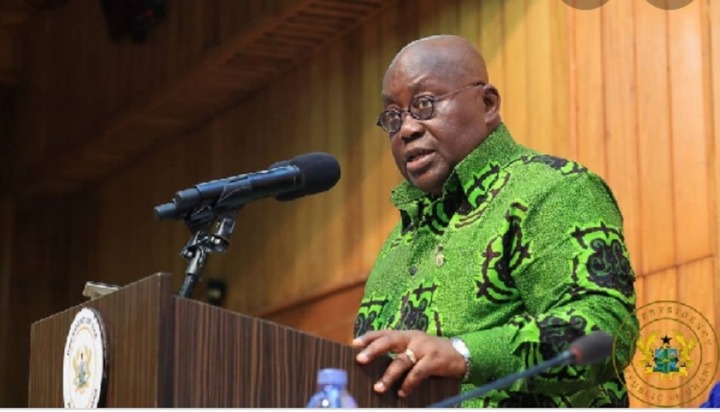 His Excellency president Akufo Addoh on his recent twenty-Ninth anniversary on Thursday 5th August 2021 with a well arranged media engagements at the National headquarters in Accra, addressed the core values of the New Patriotic Party as a committed and dedicated to public service since 2016, as

they've won the two election in row with the president Akufo Addoh as the party flag bearer. His able leadership as claimed has made a significant and impressive economic progress and will continue to attract more international praise and attentions.

Sooner the president will retire from his office as president of the fourth republic of Ghana and later join the queue as Ex - president of Ghana and who actually qualifies as honest to take the party to the next 2024 presidential election?

The 77 year old leader has took a dip into a new debate that took place some couple of days ago and wants the 8 years cycle of partisan changes in election to end.

He made it clear that it would be a great disaster if Ghanaian's should cast their votes in favor of the opposition party NDC,that it may affects the foundation and the prosperity of the country which the incumbent party is laying down today.

The question then is who is a right candidate and who is a wrong candidate? every potential candidate could be a good candidate but whether he or she would be the right candidate depends on a combination of factors paramount among which is the candidate's prowess or ability to endear to the hearts of the people that form the base of the party. The candidate of the people who will vote in the elections, but not a candidate of the delegates. This is where the president see the NPP as having the serious challenge and depending on how the party handles it, 2024 will be theirs to give away or capture. This is where I the writer recommend the NPP officials to swallow their pride and follow the NDC's example by opening up the election of candidates to all card bearing members of the party in a bid to choose the most popular candidate for 2024.

The president adding that they used to have unbelievable situation where the NDC limited their potential hinterlands but they felt it was really unfair. They also ensure a quantum leap from a manual voter register to a biometric voter register and voting.

Everyone has to chooses to be honest to the facts  that the high performance of the NDC in the 2020 polls was least expected, and we can safely argue beyond a shred of doubt that the NDC party performed over and above expectation in the 2020 elections whilst the NPP performed below expectation.

Content created and supplied by: Agbavi45 (via Opera News )

No salary for public sector workers. These are some bad effect on the rejection of the 2022 budget.