The National Youth Organiser for the ruling New Patriotic Party (NPP), Henry Nana Boakye alias Nana Bee has lampooned former President John Dramani Mahama over the his famous 'People's manifesto' promises. According to Nana Bee, it would be suicidal for Ghanaians to trust that John Mahama and the National Democratic Congress (NDC) to ever make life better for the nation. He quoted a Ghanaian proverb; "Kwatrekwa se ob3ma wo ntoma tsie ne din", meaning be mindful of what the helpless promises you. Nana Bee chastised that the claim that "John Mahama has the magic wand to make life better must be discarded"

Addressing a press conference today, the National Youth Organiser recounted several cases of what he termed as 'insensitive' conditions John Mahama plunged the country into. He argued that John Mahama cannot be trusted for what he promises, as his record of incompetence, corrupt and mismanagement are 'legendary', since the forth republic. 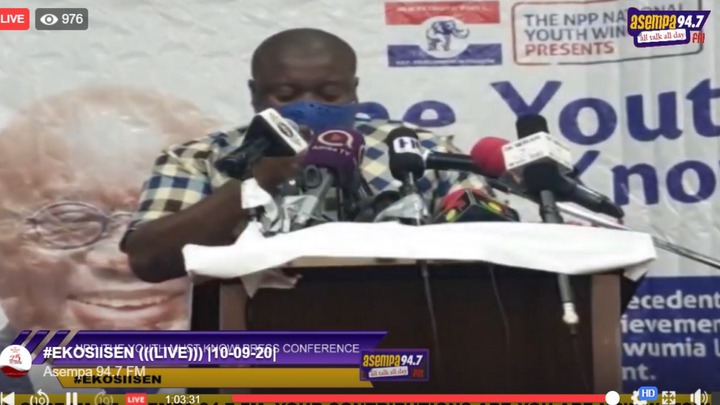 He argued that the theme of the NDC's manifesto; Jobs, Prosperity and More; is a "contradiction of the very nature, form and substance of the NDC both in government and in opposition"

"They've never governed with the interest of the people in heart neither have they created any policy to crafted jobs for prosperity. This is evident in the many anti-people centered policies they implemented when in government and in their fierce resistance for pro-poor policies of the NPP.

"Mr. Mahama and the NDC is notoriously known for putting their selfish interest ahead of the very needs of the people, including jobs. It is important to remind ourselves that the so called people-centered party led by Mr. Mahama superintended over the most insensitive government that visited untold hardships and excruciating pain on the people of Ghana," Nana Bee contended. 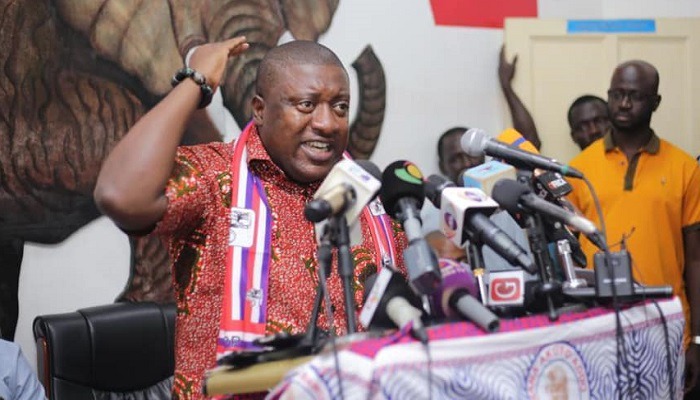 He mentioned that the former president turned a deafen ear to the plight and complaints [through demonstrations] by Ghanaian workers over the poor working conditions, saying he had developed a 'dead-goat syndrome' against these strikes.

"Is this a people-centered person who is interested in a shared prosperity? Absolutely, no!" he exclaimed.

Nana Bee went further to say that the John Mahama administration failed to provide some relief for business at the time when the country was riddled with rising inflation levels and power crisis, which is popularly known as 'dumsor'.

"He said to the people that they should to pay more if they want stable power. Sadly, he increased electricity tariffs from 2014 to 2015 to over 200 percent yet failed to provide stable power," he mentioned.