By Whatsap (self media writer) | 1 year ago

The one thing Africa still has an advantage of over other continents its vast vacant lands. Land cannot be supposedly owned by anyone but in every country and continent, we have the huge land owners who acquire these through inheritance, purchase or position. In Africa, one of such owners is King Mswati , the Third of Eswatini and in this article we shall take a bio-pic of this king and how he acquired his vast estates and wealth. But first, let us dig into this massive land owner’s early life 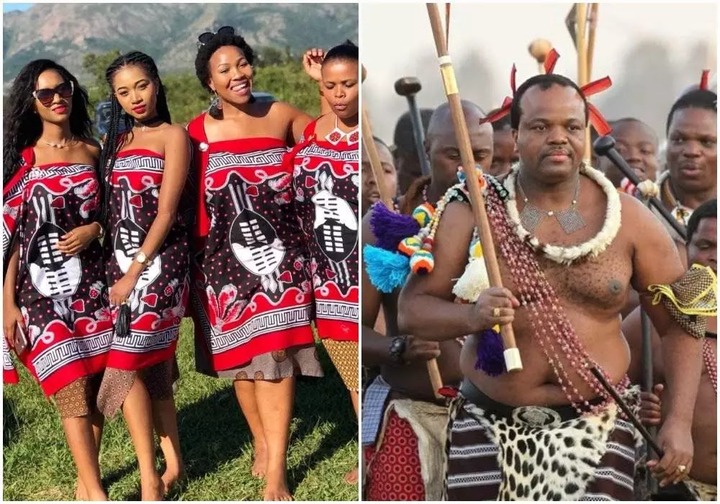 Mswati The Third is one of many sons fathered by the previous king, Sobhuza II who had more than 125 wives during his reign of 82 years, and the only child of Ntfombi Tfwala, one of Sobhuza's younger wives. He was born at the Raleigh Fitkin Memorial Hospital in Manzini, four months before Eswatini attained independence from the United Kingdom. His birth name was Makhosetive translated "Kings of Nations", in reference to the heads of state who visited eSwatini that year for the independence celebrations.

As a young prince, Makhosetive attended Masundwini Primary School and later Lozitha Palace School. He sat for the Swaziland Primary Certificate examination in December 1982 at Phondo Royal Residence and received First Class with merit in Mathematics and English. He developed a great interest in the royal guard, becoming the first young cadet to join the Umbutfo Swaziland Defence Force.

When King Sobhuza II died on 21 August 1982, the Great Council of State selected the 14-year-old prince Makhosetive to be the next king. For the next four years two wives of Sobhuza II, Queen Dzeliwe Shongwe from 1982 to 1983 and Queen Ntfombi Tfwala from 1983 to 1986, served as regent while he continued his education in the United Kingdom, attending Sherborne School International College, before he was called back to ascend to the throne.

Mswati was introduced as Crown Prince in September 1983 and was crowned king on 25 April 1986, aged 18 years and 6 days, and thus making him the youngest reigning monarch until the ascension of King Jigme Khesar Namgyel Wangchuck of Bhutan on 14 December 2006; he was also the youngest head of state until Joseph Kabila took office on 26 January 2001 as President of the Democratic Republic of the Congo. The king and his mother, whose title is Indlovukati translated "Great She-Elephant", rule jointly.Today King Mswati III is Africa's last absolute monarch in the sense that he has the power to choose the prime minister, other top government posts and top traditional posts. Even though he makes the appointments, he still has to get special advice from the queen mother and council, for example when he chooses the prime minister. In matters of cabinet appointments, he gets advice from the prime minister. He ruled by decree, but did restore the nation's Parliament, which had been dissolved by his father in order to ensure concentration of power remained with the king.

Mswati has been criticized for his lavish lifestyle, especially by the media; in one report he was accused of living a luxurious lifestyle while the people of his country starve. In the 2014 national budget, parliament allocated $61million for the King's annual household budget, while 63% of Swazis live on less than $1.25 per day. Following criticism of his purchase of luxury cars, including a $500,000 DaimlerChrysler's flagship Maybach 62 luxury automobile, he banned the photography of his vehicles. According to the Forbes 2009 list of the World's 15 Richest Royals, King Mswati is worth a reported $200 million. In January 2004 the Times of Swaziland reported that the king asked his government to spend about $15million to redecorate three main palaces and build others for each of his 11 wives. The Prime Minister's Office issued a press statement saying the article in the Times of Swaziland was "reckless and untrue" and that the proposal was for the construction of 5 State Houses, not Palaces, and the cost was only €19.9millionwhich is ironically $24million. Later that year the go-ahead was given to build five new buildings at a cost of more than $4million out of public funds.

16 Tips To Protect Your Family From Kidnapping-Security Expert