Ghanaians React to the Death of Former Minister and Democrat, Madam Dzifa Attivor

Death the say is inevitable. The NDC fraternity and Ghana in toto did not hear good news in the early morning of Tuesday, November 16, 2021, as the former Minister for Transport under the erstwhile NDC government and the leading member of the NDC in the Volta Region, Dzifa Attivor, was reported dead. 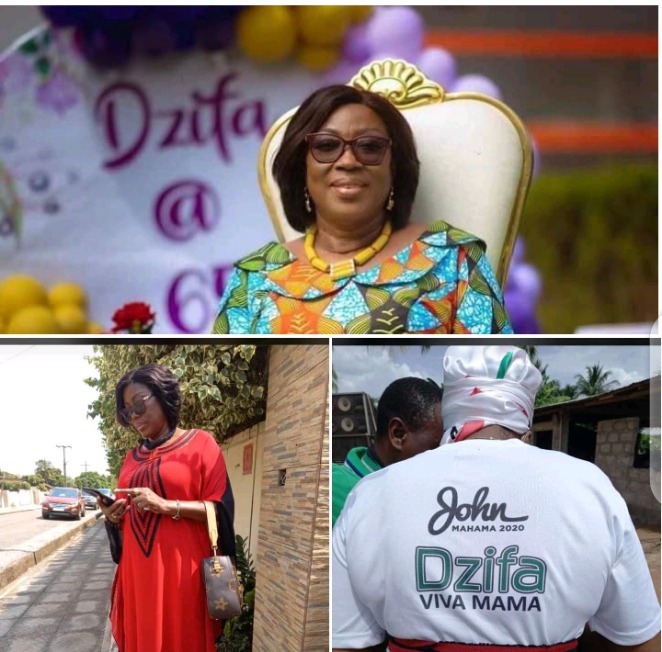 According to family sources, Madam Dzifa Attivor passed on in Accra in the early hours of Tuesday, November 16, 2021, after a short illness. She died at age 65, leaving behind three children.

Many sympathizers across the nation and, more especially the NDC, have taken to social media to commiserate with the family, with many giving good testimonies of the late Madam Dzifa. Notable among these are Members of Parliament for Krachi West, Salaga South and Nsawam-Adoagyiri Constituencies, Hon Helen Adjoa Ntoso, Hon Hajia Zuweira Ibrahimah, and Hon Frank Annoh Dompreh, respectively. 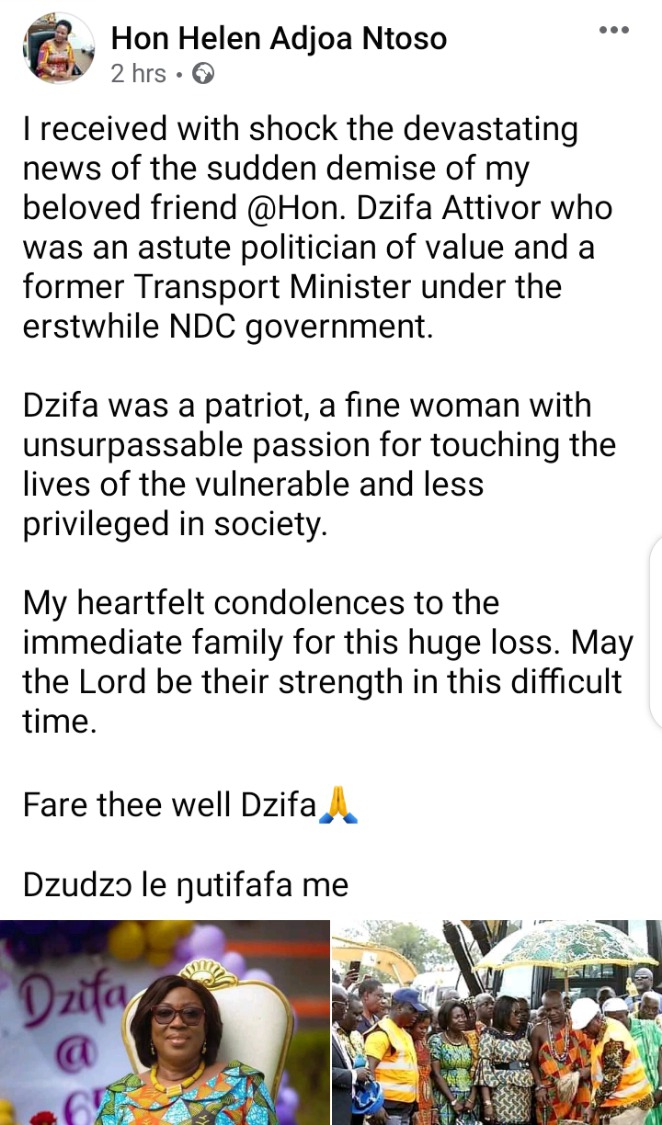 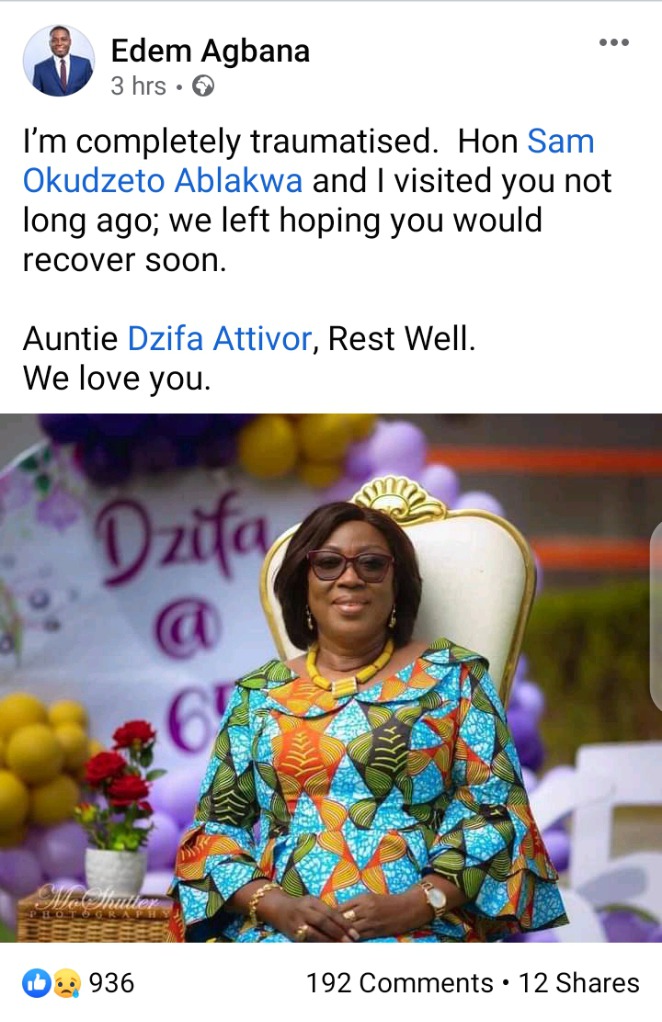 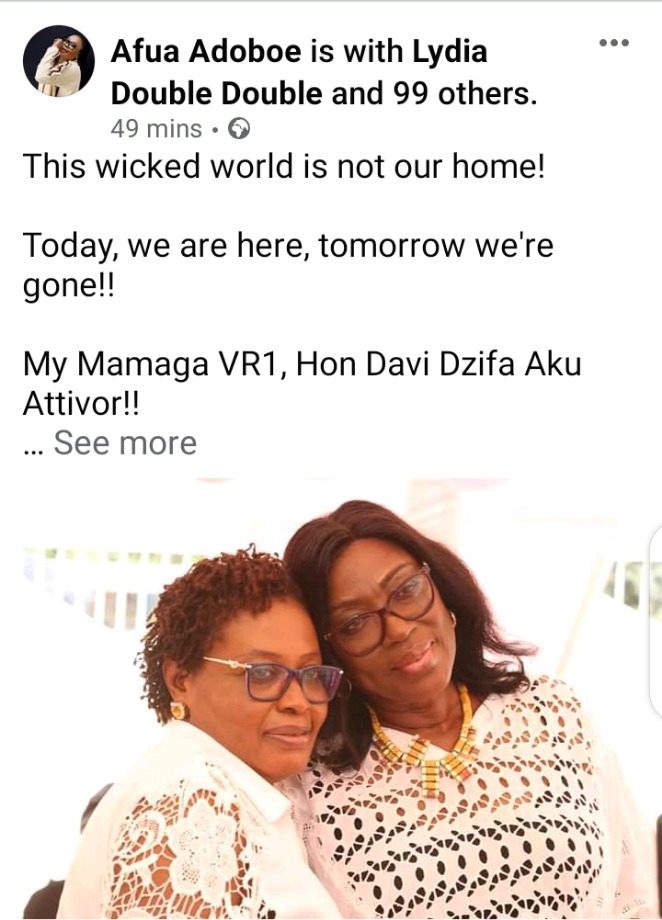 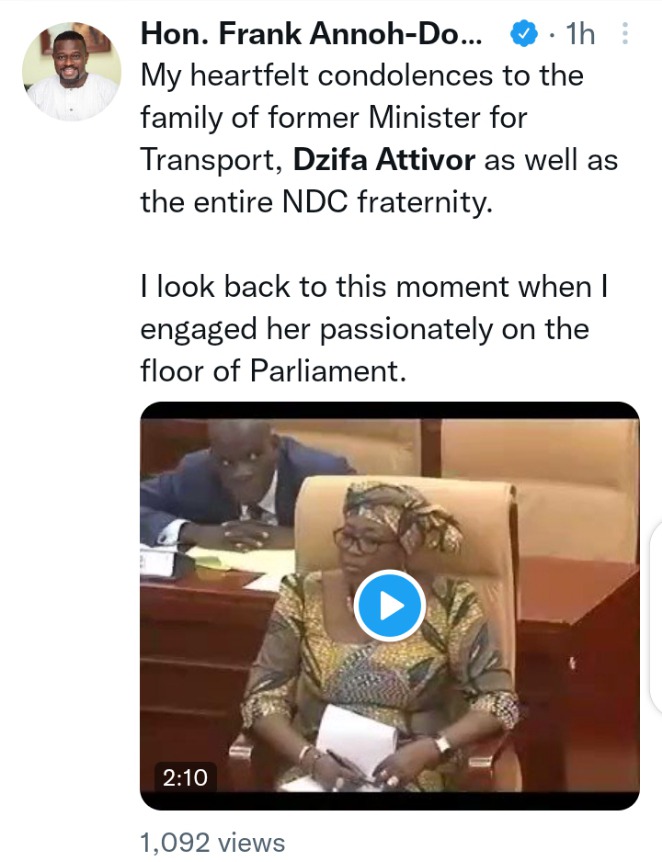 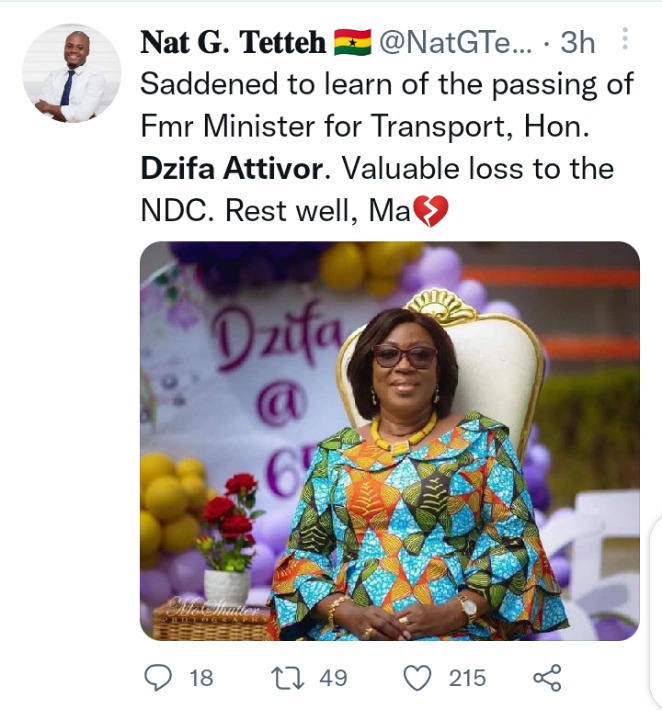 Also, several media houses including, Radio Gold and UTV Ghana, took to social media to sympathize with the family. 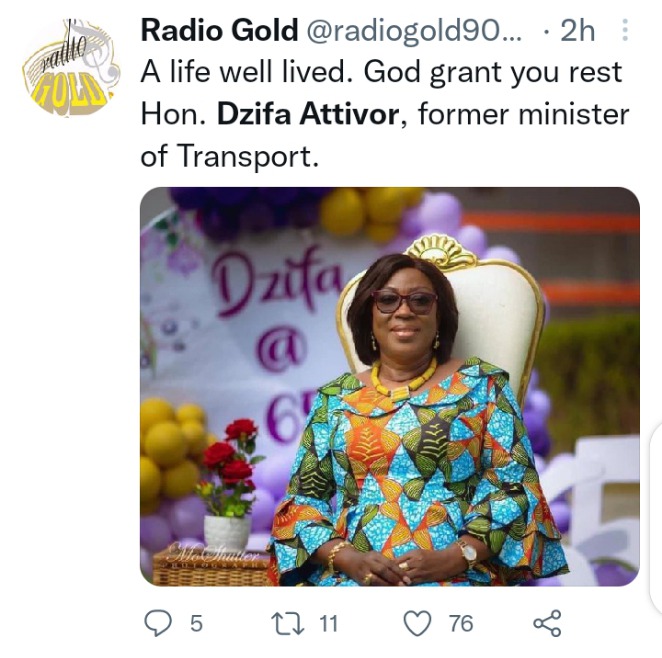 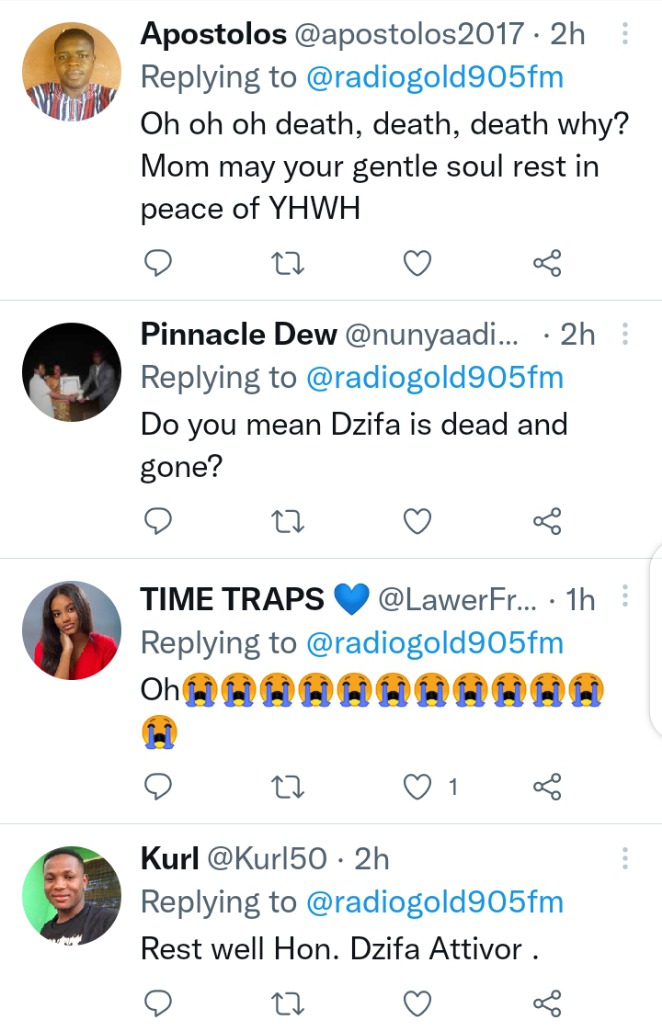 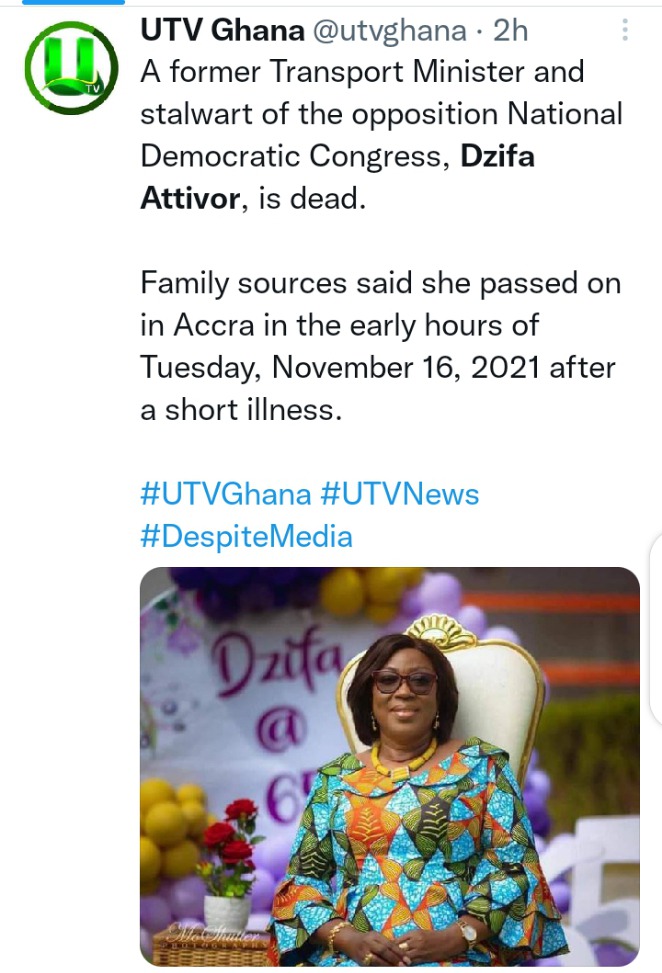 Additionally, the Volta DJ Awards posted on their Facebook page extending their condolences to the workers of Global 105.1 FM and Volta1, TV of which Madam Dzifa Attivor was a CEO. 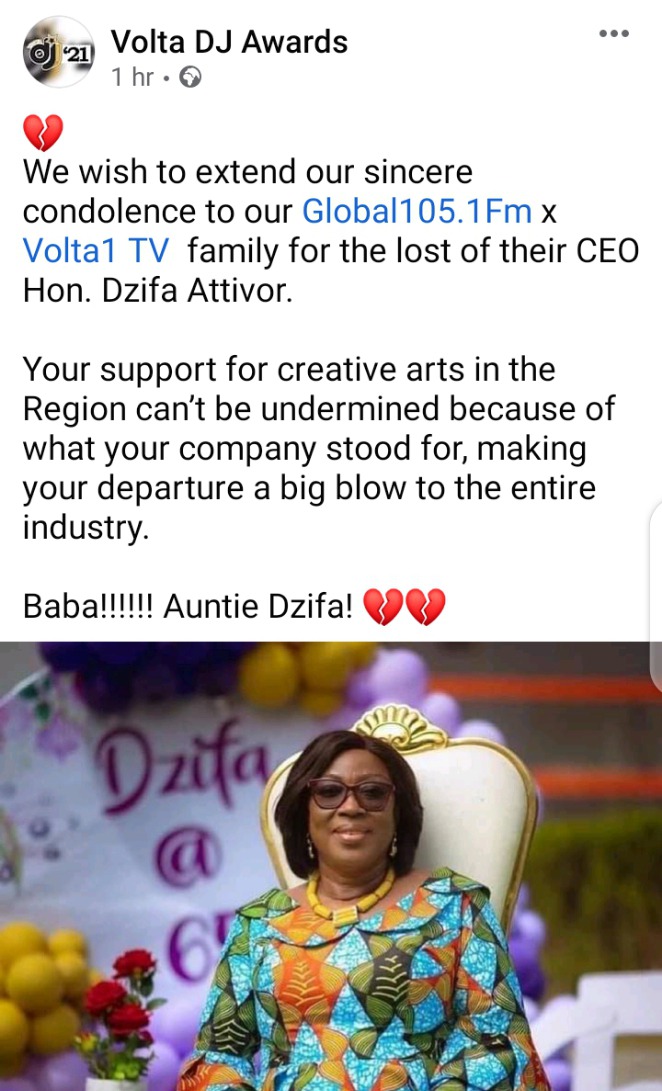 Madam Dzifa, in her lifetime, contested the Ho West Constituency primaries of the NDC in 2008 but lost to Emmanuel Kwasi Bedzrah, who subsequently won the elections in December 2008.

Content created and supplied by: Wubga360 (via Opera News )

Sad News: 2 School Kids Killed By Tipper Truck After Falling Off Motorbike In The Middle Of Road

Sad as Tipper Truck Runs Over Two Siblings in Tamale