By Beauty (self media writer) | 2 months ago 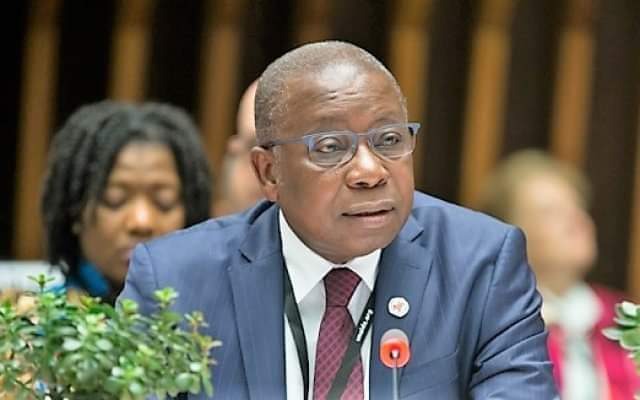 An investigative journalist and editor in chief for the fourth Estate media, Manasseh Azure Awuni has stated that the health minister Hon Mac Agyemang Manu who said that no money was paid to the sheikh about Sputnik V contract is now writing to the Sheikh to refund some money.

Ghanaians reacting to Manasseh Azure Awuni's message said that the health minister should be sacked right away or get himself resigned from office as he has "lied on oath". Many are saying that Hon Mac Agyemang Manu has not done well and he should get himself sacked because of his actions towards the Sputnik V contract.

"The Health Minister who said no money was paid to the Sheikh is now writing to the Sheikh for a refund. Akufo-Addo is watching" Manasseh Azure Awuni shockley said and Ghanaians thought he is making things clear to them.

Some people stated that: the health minister should once again be candid enough to the good people of Ghana to do the honorable thing by resigning. Some of the ministers under this regime have a pack of lies stored in their DNA.

Someone pen down a long message under Manasseh Azure Awuni's post by saying that: MY TAKE ON THE HEALTH MINISTER: The minister is a long serving member of Parliament and a former deputy minister of finance, and also the former public account committee chairman of Parliament of Ghana as well as a professional charted accountant who is well vex in public procurement management act. We have an impotent president with shenanigans majority in Parliament and moribund minority looking at the minister of health walking free.

The chicanery of the NPP and the heavily weak NDC party than carbonic acid is the reason why the minister have not resign up to date. The moral society is in bed with government while the CSOs are divided on the state of the minister and the journalists are quite because they brought them into power by believing the "mother serpent" of corruption but the council of state is chopping and observing table manners and the youths are angry and watching. Indeed this is Kwame Nkrumah Ghana.

The health minister must be sack and prosecuted and not made to resign. He should be charge for contempt of Parliament for perjury. The special prosecutor should welcome a fresh graduate for his office if indeed he has the balls. A citizen and not a spectator. Hmmm.

"He should be sack right away. Why is the president wasting time. He did everything with impunity for Christ sake. Mr President with this your attitude you can never fight corruption neither Kissi Agyaben will" another Ghanaian stated.

Content created and supplied by: Beauty (via Opera News )

You Have Exposed Nana Addo And The NPP Yourself: Murtala Mohammed Tells NPP Communicator