"Bawumia and Ken Ofori-Atta Must Take Responsibility, Pack Up, And Resign" - Haruna Iddrisu 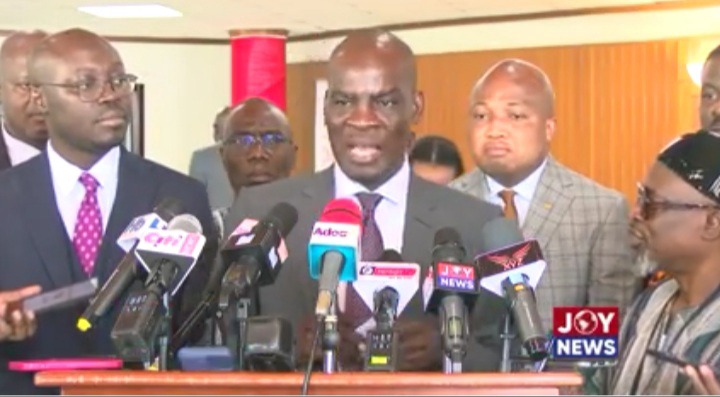 The Minority Leader and Member of Parliament for Tamale South Constituency, Hon Haruna Iddrisu has charged Vice President Dr. Mahamadu Bawumia and Minister for Finance, Ken Ofori-Atta to as a matter of urgency pack up their stuffs and immediately vacate their post, because they are the leaders of President Akufo-Addo's economic management team that has failed woefully.

According to him, the reason why Ghana has retreated back to the International Monetary Fund was due to the fact the government "recklessly squandered" the nation's coffers because they were simply incompetent in managing expenditure and revenue in order to at least breakeven.

Speaking to JoyNews, Hon. Haruna Iddrisu said that it is high time President Nana Akufo-Addo, Dr. Bawumia and Ken Ofori-Atta take responsibility of their mismanagement and admit that have indeed mismanaged the Ghanaian economy and preformed woefully.

"It is about time Nana Akufo-Addo, Bawumia and Ken Ofori-Atta stop the blame game and take full responsibility of their sheer incompetence. They have obviously failed and all that they are doing is blame other factors for their failure. They have mismanaged the country's economic resources and now retreated to the IMF for support," he said.

"Their attitude now can be compared with a class 6 child who scored someone (ie the National Democratic Congress led by John Dramani Mahama) F today and five years later, they themselves scored F and are claiming that their F is better than the former President's. In any civilised society, the best action to take for Dr. Bawumia and Ken Ofori-Atta to take blame for their incompetence and pack out of their office," Hon Haruna Iddrisu added.

How Does Trauma Affect The Human Soul?