Professor Ransford Gyampo, a political lecturer at the University of Ghana, has asserted that President Akufo-Addo's embarrassment at the Global Citizen Festival was caused by someone's failure yet he has failed to reshuffle. 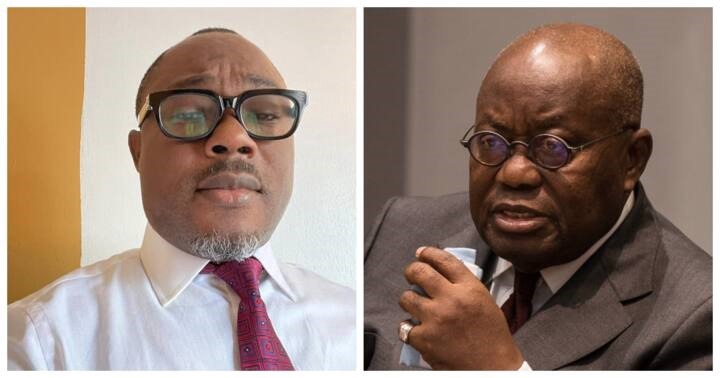 "It is part of intelligence gathering to know the mood of a people to be addressed. Someone failed and caused this monumental embarrassment. Unfortunately, the President cannot even reshuffle, let alone sacking anyone."

The president of Ghana, Nana Akufo-Addo, was heckled at the 2022 Global Citizen Festival stage at the Black Star Square in Accra on Saturday, 24th September. Some people shouted away, away, away during his delivery. 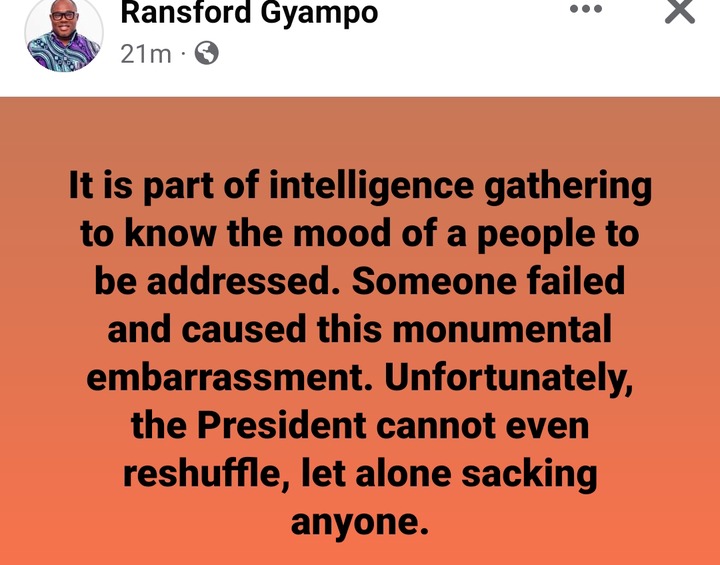 Nana Addo finished his keynote address amidst jeering from the crowd. He spoke about the government of Ghana’s involvement in eradicating poverty and upholding national unity.

Following that, many Citizens of Ghana have expressed their views on the above incident. Some believe that, the people who booed the president didn't express respect at all. Others believe that, the disgruntled people were expressing their displeasure of the current hardship in the country.

Prof Gyampo believes that the President intelligence gathering were at fault for failing to communicate the mood of the people to the president before his speech. Prof has always advocated for a reshuffle in the current NPP administration. The President silenced his critics by making it clear that, he won't reshuffle his Ministers.