Political Blessing favored on a Widow

By collsephine (self media writer) | 1 year ago 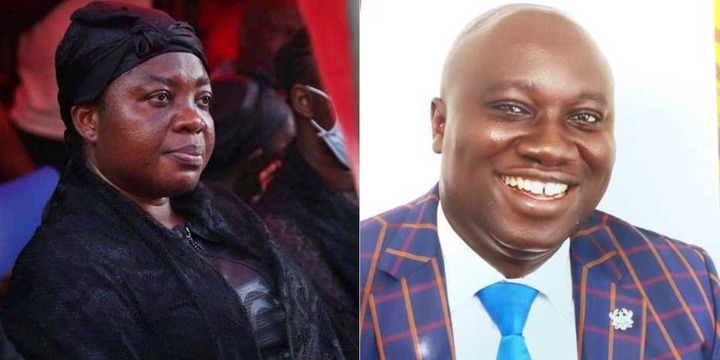 The eleventh hour of the 2020 general polls of Ghana saw a misfortune struck the New Patriotic Party and the Mfantseman constituency of the central region of Ghana. The party lost a leading member in the person of Ekow Quansah Hayford who doubled as the incumbent member of parliament for the constituency to gang robbers who attacked his vehicle whiles returning from a campaign tour. The desire of the constituents to see the good works initiated and performed by the late Mr. Hayford sustained, alternatively suggested to the New Patriotic Party that the Wife (Mrs. Ophelia Mensah Hayford) of the late member of parliament should be given an autonomous candidature of the party to represent the Mfantseman constituency or else the party will loose the seat to their rival counter-parts the National Democratic Congress.

Attending to the needs of the people and being the listening government that the New Patriotic Party label themselves to be, considered the demands of the constituents of the Mfantseman constituency and gave Mrs. Ophelia Mensah Hayford a non contesting candidature on the ticket of the New Patriotic Party. The ending spectrum of the 2020 polls saw Mrs. Ophelia Mensah Hayford win significantly to represent the people of the Mfantseman constituency in the upcoming eighth (8) parliament to be experienced under the fourth republic.

Mrs. Ophelia Mensah Hayford after a convincing victory in the 2020 polls has been favored with a political blessing by the majority in the business of parliament. The first timer parliamentarian has been selected in addition to Mr. Habib Iddrisu as deputy chief whips of the incumbent administration and the political party elect (N.P.P) to govern the people of Ghana for the next four (4) years until 2024 when another general elections will be held. The party has however stated that, it will maintained Mr. Osei Kyei Mnsah- Bonsu still as the majority leader with Alex Afenyo - Markins member of parliament for Effutu as the deputy majority leader who takes over from Sarah Adwoa Sarfo the incumbent member of parliament for Dome Kwabenya.

The announcement Mrs Ophelia Mensah Hayford as the deputy chief whip of the New Patriotic party surprised her but confirms that it is a new challenge that she is read to take and give her best in perfoming her duties to mother Ghana and the affliated political party. (N.P.P)

Content created and supplied by: collsephine (via Opera News )