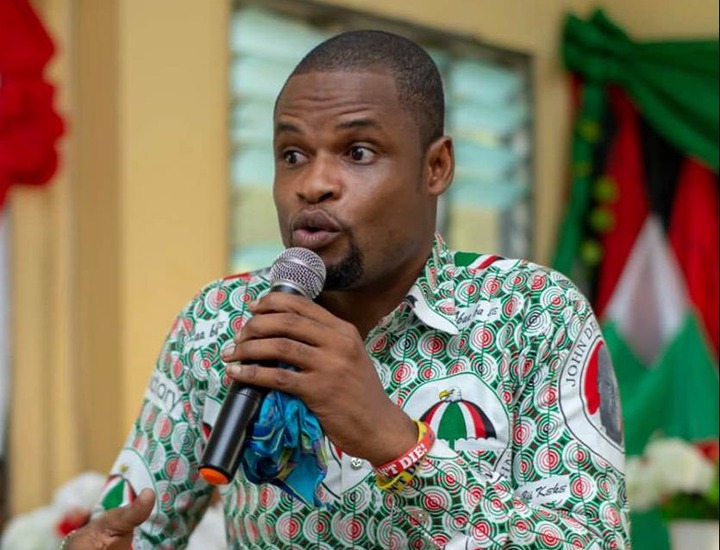 The Bono Regional Youth Organizer for the National Democratic Congress has stated that vice president, Dr Alhaji Mahamadu Bawumia urgently need help after delivering his digital lecture to the public.

Some prominent people in the country stated that Dr Bawumia should come clear on his lecture because some things he said are misleading and jabbed him.

Today, Efo Worlanyo Tsekpo also stated that he doesn't understand why Dr Bawumia was able to get two countries in addition to 195 countries in the world. He questioned that did Dr Bawumia digitally discovered two more countries to the one the world already had?

According to him, Dr Bawumia Urgently need help.

"So Bawumia digitally discovered two more countries to the already 195 we have in the world. The man urgently need help" Efo Worlanyo Tsekpo stated on his social media wall.

Efo Worlanyo Tsekpo's statement however could mean that Dr Bawumia urgently need help because people who are feeding him information may not be honest in their research to him, and he must change them immediately as the world is making fun of him.