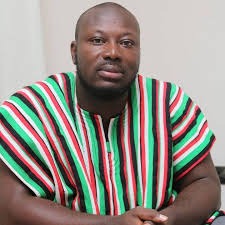 George Opare Addo, the National Youth Organizer of the largest opposition National Democratic Congress(NDC), says the Inspector General of Police may be in bed with the government for that matter the NPP today, but the day of reckoning is soon coming.

In a news chanced on at peacefmonline.com, the National Youth Organizer for the NDC made this statement in relation to the Arise Ghana Demo which the police petitioned the High Court.

According to him, the IGP whom everyone thought was going to discharge his duties without fear and favour has now become a cover for theives.

The IGP and his people according to him are being controlled by the President and that is why they want to block street protest.

For him, the people who will fight against such things like their demonstration are "criminals looting the State, and sadly, the police hierarchy appeared to have gleefully joined them as their protective cover".

He stated categorically that "the IGP and his cohorts may be in bed with them today, but the day of reckoning where the Ghanaian people would say 'enough is enough' is now here with us".

George Opare Addo expressed his disgust with the attitude and performance of the Inspector General of Police, Dr George Akuffo Dampare.

He continued that the IGP has not lived to expectation but should not worry because the day of accountability is coming and is now.

He further stated that, "history has it that failed governments, like the Akufo-Addo/Bawumia government, always resort to weakening of otherwise independent State institutions in order to have a field day to steal without anyone raising a winker".

"I Have Acted A Blue Film Before" - Wisa Greid Confesses

Do Not Spend Your Money On Pedicure: Use 2 Ingredients From Your Kitchen To Make Your Feet Look Nice

If You Suffer From Foot, Knee, Or Hip Pain, Here Are Four Exercises To Kill It

4 Signs That You Are Dating a Player