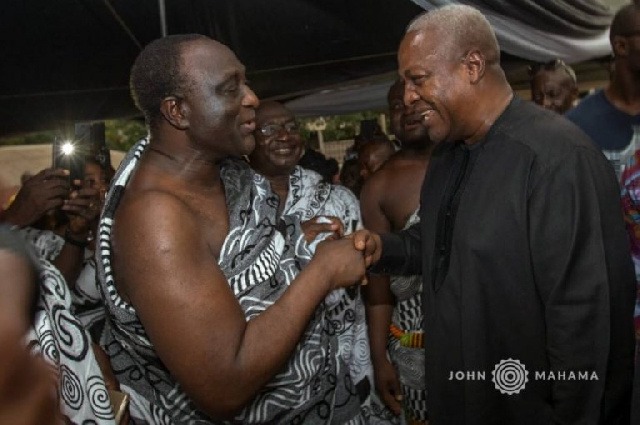 Flagbearer hopeful of the New Patriotic Party, Alan Kyeremanten has been projected to defeat the National Democratic Congress (NDC)'s John Dramani Mahama, should the two emerge as candidates for the respective parties for election 2024.

This is according to Hopeson Adorye, one of the chief supporters of Mr Kyeremanten's bid.

According to him,  Mr Kyeremanten, who is the Minister responsible for Trade and Industry, remains the only candidate among the NPP presidential hopefuls who can help the party break the 8 and retain power beyond 2024.

Mr Adorye further made the following statements while speaking to Accra-based Okay FM on Monday, October 3, 2022.

"NDC's candidate for 2024 is obviously Mr Dumsor John Dramani Mahama. Alan will defeat him cool. Alan is the only person who is politically careful when speaking.

“He sticks to facts. You won't get Alan's voice in which he is contradicting himself. There's none like that

"The academia, middle class and grassroots like him because of this. It's the polling station officers who are bringing Alan as flag bearer. They are always asking him when he is stepping down from his role as Minister.

"The people on the grounds are mounting pressure for him to step down. NDC's candidate is automatically John Mahama. John Mahama facing Alan, you will see NPP gaining 54% votes cast. I'm sure on that”, he said.

The New Patriotic Party is gearing up to elect its presidential candidate for the forthcoming election in 2024.

Alan Kyeremanten has been courting this position for more than 14 years and he is expected to contest for it again when the NPP open nominations for the race.

He is expected to come up against Vice President Alhaji Dr Mahamudu Bawumia, Member of Parliament for Assin Central, Kennedy Agyapong, and a host of others.