Meet the first former vice president who was an engineer

By Giinagh.com (self media writer) | 1 year ago

De Graft-Johnson practised as an engineer in Ghana. He was a lecturer at the Buildings and Roads Research Institute of the Kwame Nkrumah University of Science and Technology at Kumasi, and later became the director. He was also one of the founding members of the Ghana Institution of Engineers (GhIE), of which he was the President from 1977 to 1978.

During the era of military rule under the Supreme Military Council, he was involved in opposition to continued military rule as he was then President of the GhIE, one of many professional bodies in Ghana opposing the military government. He suffered personal attacks because of this. De Graft-Johnson joined the People's National Party (PNP) when it was founded in 1979. This was after the ban on political parties imposed in 1972 by the National Redemption Council was lifted. The PNP won the elections and he became the first ever Vice President of Ghana in the Limann government. The government was overthrown by coup d'état on 31 December 1981. He left for exile in London, England after the coup.

De Graft-Johnson died on 22 April 1999 in London at the age of 65. He was buried in Cape Coast in the Central Region. 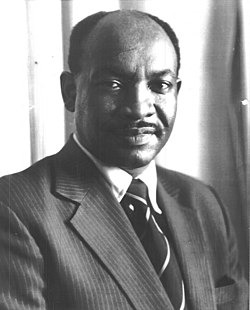