Doumbouya Is Truly A Giant, No Wonder He Overthrew Alpha Condé; See His Pictures With Akufo Addo

Currently the supporters of the former President of Guinea Alpha Condé will be wallowing in hurt, regret and betrayal but that of the other part of the country will be jubilating just like the masses jubilated on the streets of Conakry and other parts of the West African Country. 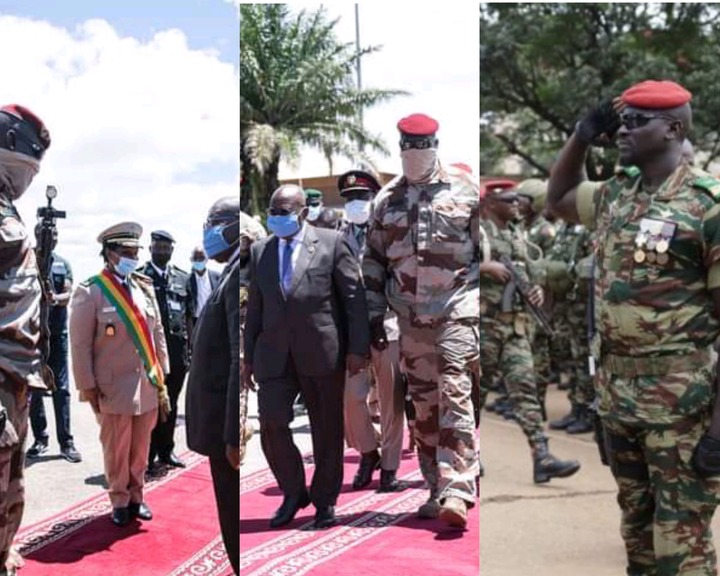 No matter what is happening and that incident that took place on the 5th of September, 2021 the deed has already happened and credit has been given to Colonel Mamady Doumbouya. The current head of the state of Guinea is absolutely a man with great looks and strength. Looking at him either from afar or close he is a Giant and can be feared for this look alone.

Colonel Mamady Doumbouya is credited for the current coup d'état in Guinea, which occurred on the 5th of September 2021. This coup d'état that was led by the Colonel saw to it that the former President Alpa Condé was overthrown and detained. Colonel Mamady Doumbouya being a giant as he looks in all his viral pictures only put people in fear and the kind of courage he has overrules everything.

Despite all the consistent interference from the Economic Community Of West African States (ECOWAS), the soldier is still strong and stand behind his decision that the former President Alpa Condé will not leave the country and they as soldiers their duty and allegiance is to the people of Guinea. 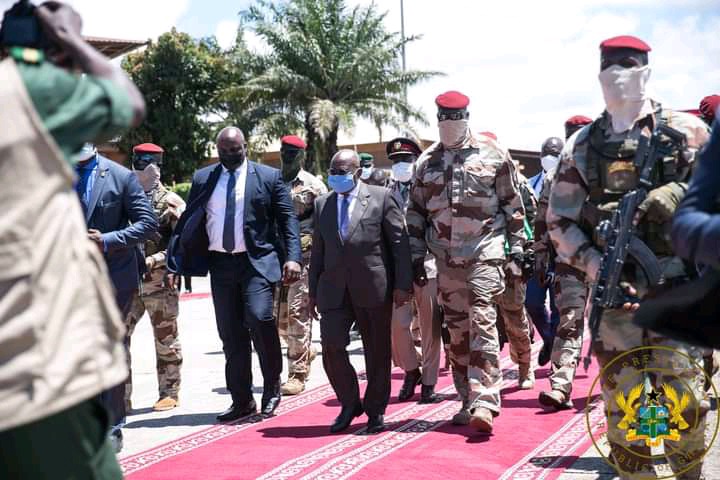 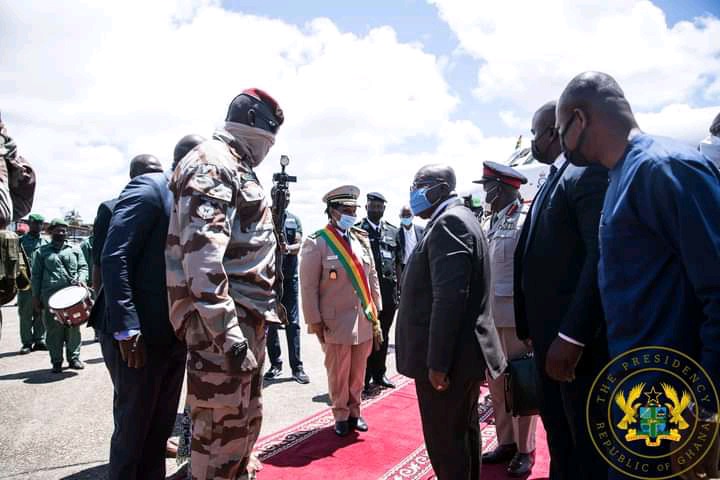 Colonel Mamady Doumbouya current pictures with the ECOWAS President, His Excellency President Nana Akufo Addo and that of his old pictures shows how gigantic he is and will definitely be feared, no wonder he overthrew his former boss.