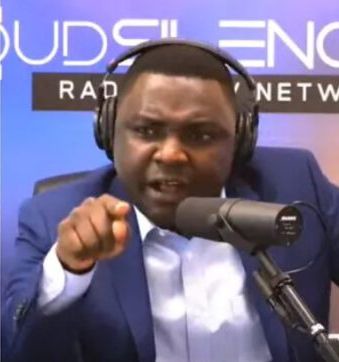 Popular presenter on the Loud Silence Show, Kelvin Taylor has been a very loud critic of the ruling NPP government and most of their prominent members. Kelvin Taylor has also used his platform to communicate with Ghanaians on the need to ensure that, the government uses the resources of the state for the right purposes.

Kelvin Taylor raised a lot of eyebrows in recent times after he was involved in a short brawl with the Member of Parliament for the Assin Central Constituency, Honourable Kennedy Agyapong which led to a series of backlashes here and there. This caused a lot of NPP supporters to criticize Kelvin Taylor, saying that, all his attacks are aimed at defaming the NPP.

The criticisms have not ended as one Nana Adusei, a presenter on the Development Agenda show came out to speak back at Kelvin Taylor for his actions. Speaking on the show earlier yesterday, Nana Adusei boldly told Kelvin Taylor that, Honourable Kennedy Agyapong is here for Ghanaians and there is nothing to do to stop him. 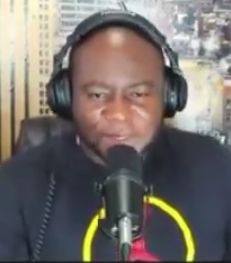 Nana Adusei elaborated on the fact that, Kennedy Agyapong has been a loud advocate of development in Ghana and he has made several efforts to help Ghanaians in so many endeavors so there is no need in trying to criticize him in anyway. He also told Kelvin Taylor to try to put aside his partisan nature and focus his efforts on promoting the good works of our leaders.

“We all know that, sometimes it is necessary to throw criticism at leaders who are not ensuring development in their various fields but some of them deserve praises for their good works. Someone like Honourable Kennedy Agyapong, I don't know why you will sit somewhere and say bad things about him. That man is here for Ghanaians and you cannot stop him with your criticisms”, Nana Adusei boldly told Kelvin Taylor.

Watch the video in link below