This is democracy, but A-Plus went too far with this one.

By Rasgambo1 (self meida writer) | 7 months

In what could easily be described as hitting below the belt, Kwame A-plus has once again gone for the jugular. This is because, he has directly called the President and the New Patriotic Party (NPP) criminals, adding that, the NPP in choosing flagbearer in 2016 chose a 'lemon'.

“The only problem is that in choosing a flagbearer to lead them into the 2016 election, they bought a lemon”. He said.

“This government is made up of criminals who have cooked the book multiple time with impunity because they believe that they are the real owners of the country and that Ghana has no history without them. They are as crooked as a dog's hind leg and must be removed”.

Criticising the Akufo-Addo government by the comic musician has been a normal routine since his fall out with the government occurred somewhere 2018. His main stock-in-trade has been to berate individuals in the NPP party and in government which he started with the two deputy chief of staff, Abu Jinapor and Asenso Boakye.

He has since then been at war of words with officials of the Akufo-Addo government. This particular attack has become news due to the fact that, this is the first time A-plus has gone at the President directly, calling on Ghanaians to vote the NPP out of office.

He further described the Akufo-Addo government like a driver working with a fake licence and stealing the daily sales. In his own words, the social media influencer says; 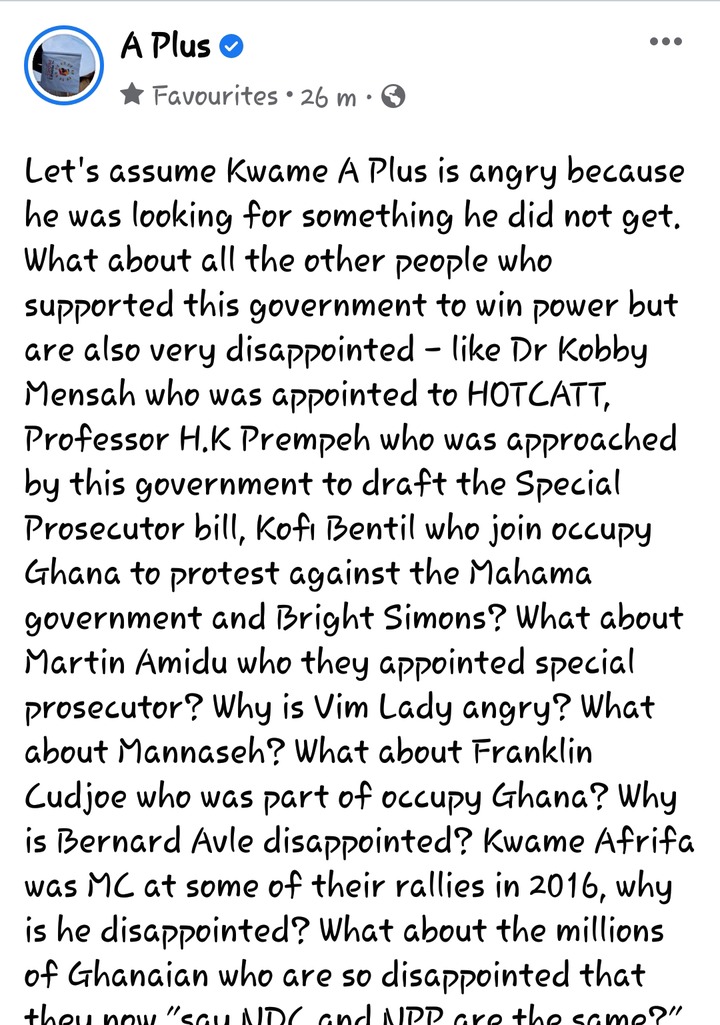 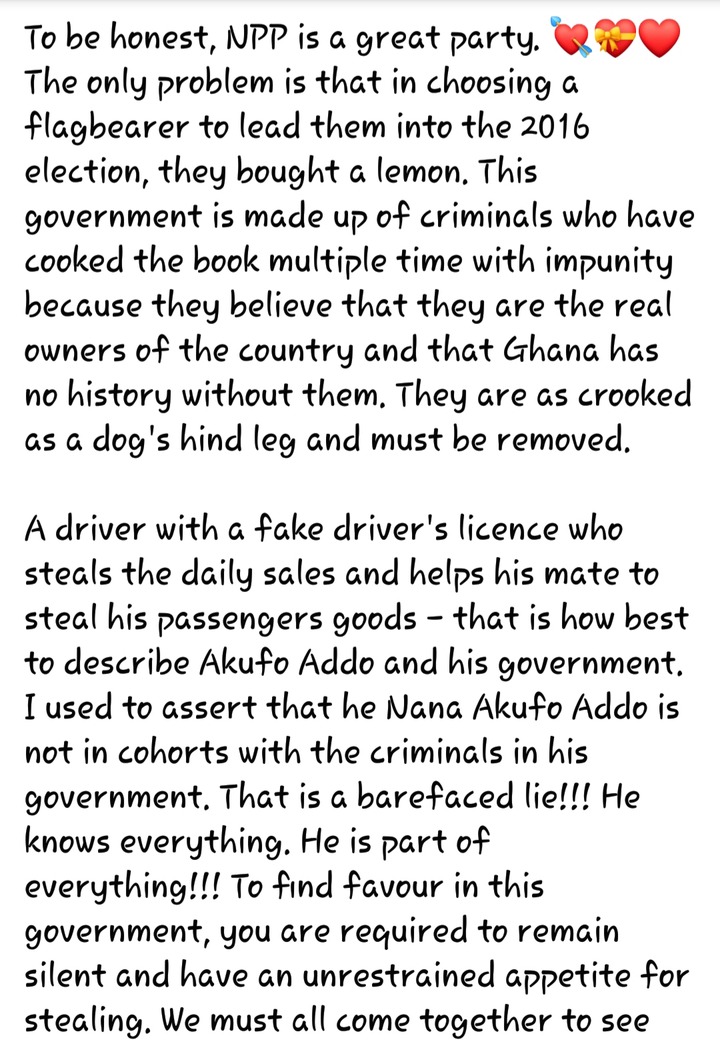 “A driver with a fake driver's licence who steals the daily sales and helps his mate to steal his passengers goods — that is how best to describe Akufo Addo and his government”. He compared.

“We must all come together to see the back of this particular NPP. They are a disgrace to the Dankwa-Busia-Dombo tradition”. He concluded.