An adviser to President Akufo-Addo seems to have been upset by a recent article by the Member of Parliament for North Tongu, Hon Samuel Okudzeto Ablakwa, over the President's usage of a posh private jet while traveling abroad. 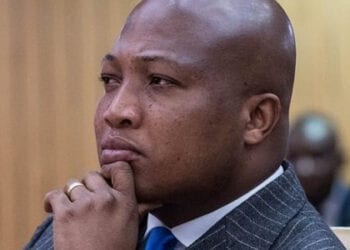 Charles Nii Teiko Tagoe, the head of the presidency's social media team and a presidential staffer, assaulted Ablakwa by calling him an unrepentant liar and using foul language.

On June 23, the NDC MP alleged on social media that the President had "returned to his highly insensitive and hazardous habits of profligate traveling in ultra-luxurious charters" after "pretending he was a new man by flying commercial on his last two trips to the US and the UK."

He claims that for his most recent journey to Belgium and Rwanda, President Akufo-Addo bought the most expensive and top-of-the-line aircraft, the Airbus ACJ319, registered as D-Alex, "at an estimated cost of €480,000.00." The 480,000 euros, which are calculated using the total travel time of 21 hours plus other industry fees, convert to approximately 4.1 million Ghana cedis at the current exchange rate.

However, the Presidential Staffer emphasized that there was no way the President could have flown from Ghana to Belgium on a chartered private jet because he personally saw him board a commercial Air France aircraft in a pretty furious statement posted on his Facebook wall.

He joked that the NDC MP might have been suggesting that "Akufo-Addo used a parachute to jump off a private jet flying by while the pilot made a sudden stop in midair."

In sections, his tweet stated: "I Charles Nii Teiko Tagoe was at the Accra Kotoka International Airport on Sunday at 7:30 p.m. to see President Akufo-Addo and his entourage go." When Mr. President boarded Air France and the flight took off, I saw him with my own eyes.

In the meantime, the Presidency has categorically denied the North Tongu MP's assertions, calling them "inaccurate."

According to a statement from the Presidency's director of communications, Eugene Arhin, "These claims by the North Tongu MP are not accurate, and as a Member of Parliament, I was hoping he would have been factual and true in his claims, and resisted the urge to engage in propaganda." Mr. Arhin also noted that the President had flown on an Air France commercial flight to Belgium (AF0584).