Auditor General calls the bluff of Audit Service Board, Shows up at work

The embattled Auditor General, Daniel Yaw Domelevo has defied the subtle directives of the Audit Service Board which sort to say, he is due for retirement, and appeared at the office to work today.

Mr. Domelevo was force to reluctantly go on an accumulated leave last year, after a directive from the President stated that he is to go for a 167-day rest period.

Today, the 3rd of March, which marks the day of his resumption to office, he was served with a letter which purport to accuse him (Mr. Domelevo) of falsifying his date of birth.

As if that was not enough, the letter from the Audit Service Board also alleged that, a SSNIT document has revealed the nationality of Mr. Domelevo as a Togolese.

These allegations remained hanging, despite the Auditor General's elaborate explanation to the findings. His letter in reply had explained in detailed the circumstances that resulted in those so-called discrepancies.

With the matter unresolved, it was assumed that, the anti-graft crusader might remain at home until further notice. 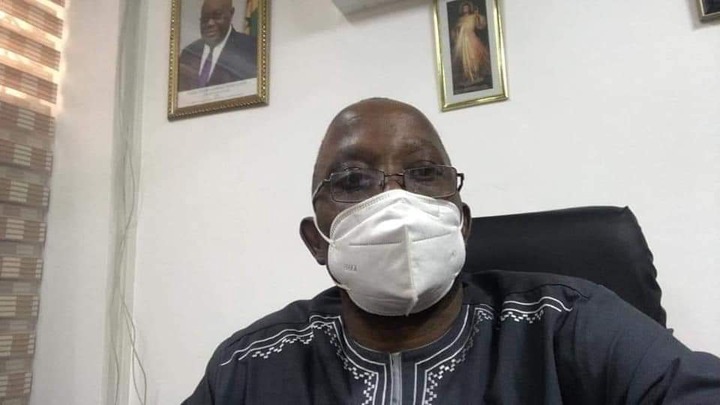 But he will not badge. Mr. Yaw Domelevo woke up this morning, with a straight face, chest-up and showed up to work. To prove his defiance, the corruption fighter took a selfie shot and posted online.

It is now not clear what will be the next action of the audit service board or the government. Until then, the Auditor General of Ghana still remains, Mr. Yaw Daniel Domelevo, and he is in office.