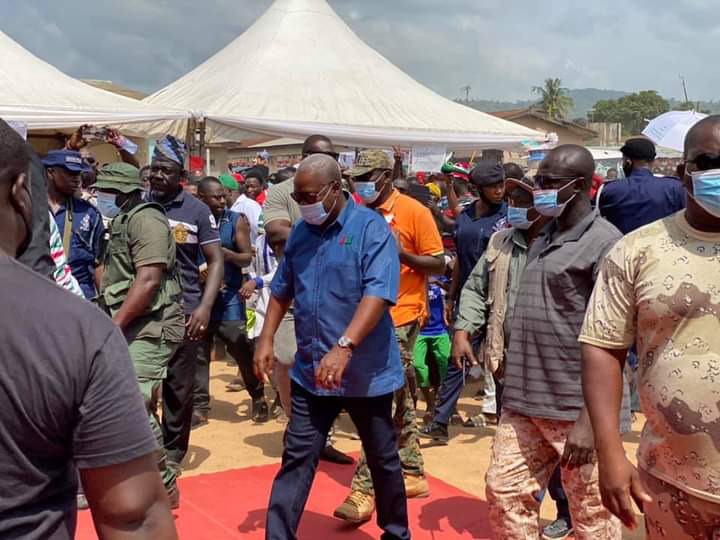 Former President, John Dramani Mahama has been told that his statement about Presidential Spouses allowance is full of wisdom and citizen centred approach as he shared his view about the news trending in the country. Former President John Dramani Mahama has disagree with the proposal made by government of Ghana and details when and why the agreement never took place when he was member of parliament in the fourth republic.

Ghanaians have praises former President John Dramani Mahama fo his thoughts known on the issue and informed him that his statement is full of wisdom although some people disagree with him but provided their reasons.

Some people said that his statement is good but it's just for a Political score and stated that "you both are the same just that the short man is heartless in corruption and you mixed kindness with corruption".

A lot of Ghanaians believe that John Dramani Mahama will come back to power in 2024 and an example needs to be set if he should come to power again on the presidential spouse brouhaha, and stated that "just look at south Africa, they have jailed their former president on basis of corruption. If we claim this administration is full of corruption then prosecute and set an example".

Someone stated that: I took my time to read all the article concerning this issue that the visionary leader John Mahama wrote. It's full of wisdom, value for money and citizen centred approach. The Edu committee's report shows how lovely and caring JDM is and his statesmanship. I'll conclude that Akufo Addo is just an opportunist who plays his game well. He is a clown and a selfish leader. Thank you JDM for adding your voice. We Ghanaians are in pain!

Someone also discuss that: Let the discourse continue. I said already that all this expenditure and other are costs count. In facts for accountability sake I would rather regularize their activity and put them under scrutiny. But first, we need to have a system in place that seek to hold them accountable. I believe that in a maturing democracy such as ours, as difficult decision as we all agree it is, we have to do it. Point is, already they command resources and use on themselves and other foundation and charity work and other developmental projections, right? Do we have view on their activities in terms of holding accountable? No. So why not put in place a governance process to hold accountable? Going forward in my view, the process was rushed. We need to withdraw it and engage further on it in terms of putting in place modalities and proper position in article 71 clarified. Ghana, we move!

"What has informed this government to think of such inhuman benefit from Ghanaians to pay their wife in addition to their many privileges, while the country is indebted; and with many problems facing its citizens. Greedy leaders with greedy requirements" someone supported Mahama's statement .

Someone said: We do not even need a bill to pay them. Their entire office should be scrapped and even criminalize by law. They run foundations that gives them enough money to pay themselves so no need even paying them allowances nor funding their offices. We are unemployed and need jobs not few amassing wealth among themselves at the expense of we the citizenry.

Open Your Eyes; This Is How Much #FixTheCountry Campaigners Had Raised For Today’s Demonstration