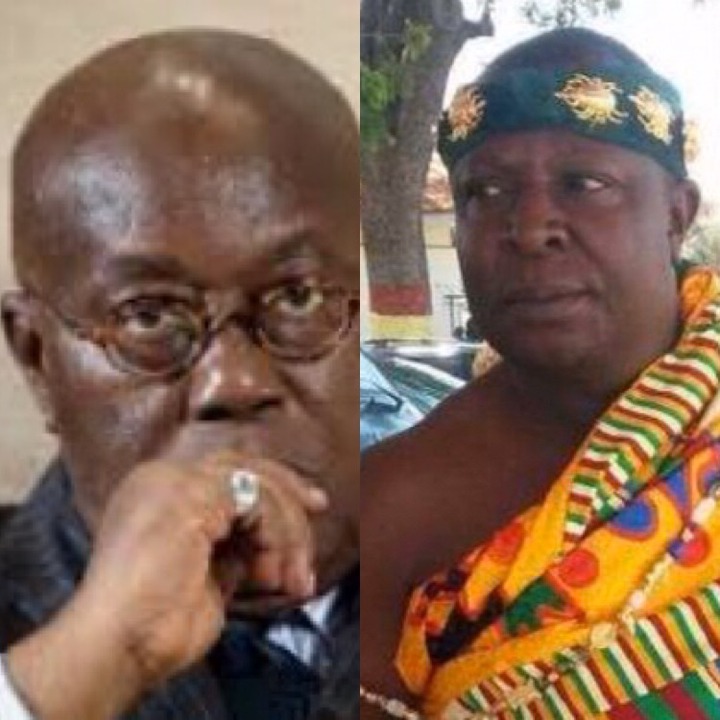 The recent most anticipated news that has sparked massive stir, debates and arguments across all social platforms is that of the unsettled statement made by the incumbent President, Nana Akufo Addo to the paramount Chief of Aflao, Togbui Fifi.

Even though most prominent government officials, lawmakers and residents of Aflao have boldly come out to give the incumbent President, Nana Akufo Addo an ultimatum to apologize to the paramount Chief, other individuals are strongly supporting Akufo Addo over his statement to the Aflao Chief.

With respect to this, the member of parliament for Buem constituency, Kofi Adams has boldly come out to send an unexpected message to the incumbent President over his statement to the paramount Chief of Aflao about the uncompleted E-block in the region.

Speaking in a recent interview on TV3 Network, the Buem constituency MP, Kofi Adams made it clear that, the Aflao Chief truly deserves an apology from the President, Akufo-Addo as anything short of that will be unacceptable.

”I don’t think the President was there to joke, he took his talks serious and that is why he decided to use that platform to communicate to the people. The President meant business when he went there and so for me, I’ll not accept the statement that it was just a joke. No, you cannot be joking with concern that has been raised by a paramount Chief; even if it’s a sub-Chief, that Chief has people who are paying taxes and are Ghanaians who need those services. He (Togbui) said the President has introduced free SHS but his people are not benefiting so he was seeking to draw your attention into something you must do so that the program you have even introduced yourself will benefit his people also then this is the response he gets. I think that the Chief is deserving of an apology from the President. Anything short of that will be unacceptable. The comment from the President is disrespectful of the paramount Chief”, Kofi Adams emphatically stated.

Even though most politicians, journalists and residents of Aflao have boldly come out to urge the incumbent President, Nana Akufo Addo to apologize to Tobgui, another prominent minister have come out to claim that, the former President, John Mahama didn’t leave behind some funds to help complete the E-block project.

Do you still think that President Akufo Addo should apologize to Togbui over uncompleted E-block if former President, John Mahama didn’t leave funding to support the project as claimed by a NPP Minister even though most Ghanaians claim otherwise?